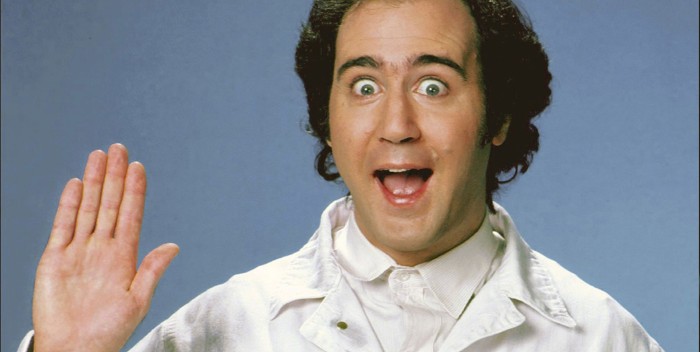 Poor Andy Kaufman. Is he alive? Is he dead? While that argument rages on, someone’s found a new way to memorialize– er, exploit– him.

According to a press release I received this morning, Kaufman’s name is being put on a new fragrance called Andy Kaufman Milk & Cookies. Apparently, it’s in honor of the 1979 show in which Andy took his Carnegie Hall audience — 2,800 people– on buses for milk and cookies.

The perfume is not being made by, you know, L’Oreal or Chanel. It’s from an LA company called Xyrena.com.

Andy’s brother Michael says in the release: “It’s great to have Andy brought back, in any way, even if only in a bottle. Call me crazy but I still fantasize about the day when Andy will return, performing in front of live audiences again.”

“Call me crazy” is an expression.

Anyway, Xyrena founder Killian Wells aka Xyrena, says: “Andy Kaufman once said, ‘There’s no way to describe what I do. It’s just me. That quote and Andy’s opposition to the societal norm has always resonated with me. As a New York native and fan I’m excited to pay homage to Andy’s undeniable genius.”

The perfume will sell for $42. I can’t tell you how to spend your money, kids. But I did once give someone Krystal Carrington perfume from the Dynasty collection as a joke years ago, and she was not amused.