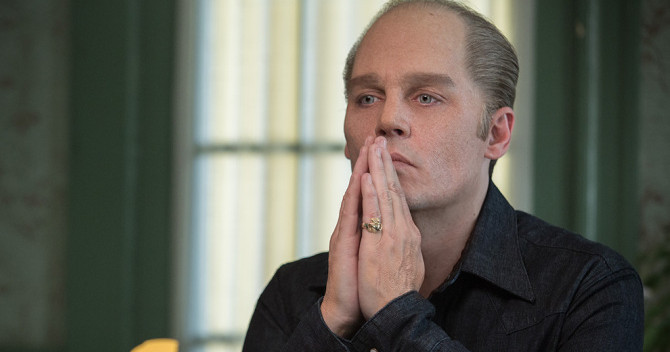 You can only make so many bad movies before the movie audience gives up on you. Such may be the case for Johnny Depp. His new film, “Black Mass,” well regarded, directed by Scott Cooper with a terrific supporting cast, had a rocky launch last night at the box office. The gangster movie about Whitey Bulger took in just $8.8 million. Original estimates of a $30 million weekend seem overly enthusiastic now, with $25-$27 million more realistic.

That’s not good. “Black Mass” was being trumpeted as an Oscar candidate. A lot of money has been spent on promotion.

This was supposed to be Depp’s comeback from a run of miserable films. They include the huge disaster, “The Lone Ranger,” and the mild disaster “Mortdecai.” Aside from “Pirates of the Caribbean” movies, Depp hasn’t had anything resembling a hit in a long long time.

Earlier this week, Depp appeared at the Toronto Film Festival premiere of “Black Mass” looking bloated and uncomfortable. He’s clearly aiming to follow the path of the late Marlon Brando, and you wonder why. Brando was not a role model for anything except self indulgence. Depp would do a lot better to shake that idea off and come back to Earth immediately.

That said, “Black Mass” is very entertaining and well worth seeing this weekend. Joel Edgerton and Julianne Nicholson are among the stellar players in it. Cooper did a great job. Forget comparisons to Scorsese or anyone else. Just enjoy it for what it is.