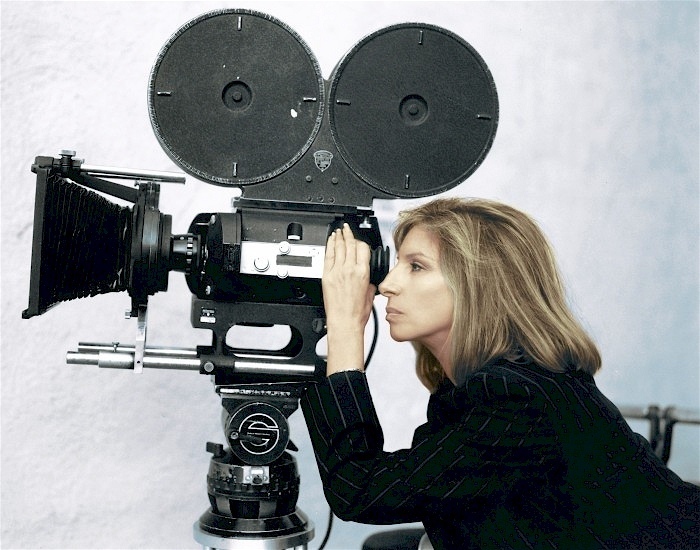 EXCLUSIVE Barbra Streisand must be very happy husband James Brolin is out of the house all day working on a new TV series.

Sources tell me that Streisand recently paid a set visit to Brolin’s highly touted new CBS sitcom “Life in Pieces.” The show stars Brolin as the patriarch of an eccentric family. Two time Oscar winner Dianne Wiest his wife, and among their kids are the very talented Colin Hanks, Zoe Lister Jones and Thomas Sadoski.

When Streisand appeared, producers of the show gently suggested that she might direct an episode. Streisand surprised them with her answer. She said she would do it, but only after the series gets picked up for its “back nine,” or the second half of its season through the spring.

Blackmail? Les Moonves, are you listening?

She may have to fulfill her promise. “Life in Pieces” is going to be a hit, and CBS is likely to run a full season order. The show debuts this coming Monday.

Streisand could use the work. She hasn’t directed a film since “The Mirror Has Two Faces” in 1996. She’s never directed TV (god forbid) or appeared on any series except “Saturday Night Live.” She’d be a great character on “The Big Bang Theory,” though.

PS I’m told that Brolin is much loved on the set of the show, is “very funny” and “out there,” the younger members of the cast all love him and Wiest. Weist, who’s really a movie and theater actress, didn’t have much fun on her last TV show, “Law & Order,” years ago. But she’s also getting high marks from the crew. “Life in Pieces” — fingers crossed, hopefully CBS will let it settle in.