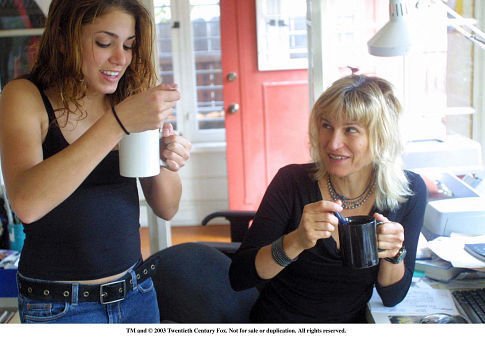 Lady Gaga’s “Til It Happens to You” has been made into a full length video by director Catherine Hardwicke. The song, a potential Oscar nominee from the Kirby Dick documentary about campus rape, “The Hunting Ground,” already appears in that movie.

But Hardwicke has made a full video for the song that can be used as a public service announcement. It could also take off on YouTube and video channels as a standalone.

For Twilight fans, they’ll get a kick out of a reunion between Hardwicke and her “Twilight” star Nikki Reed. Reed stars in the video as well. Reed appeared in all the “Twilight” movies. She also starred in Hardwicke’s memorable debut film “Thirteen.”

So far there’s no word on whether “Til it Happens to You,” written by Diane Warren, and produced with a lush arrangement by Lady Gaga, is going to be a single. To be Oscar nominated actually nothing else needs to happen except for people to vote for it. I think it’s the “Glory” of 2015.