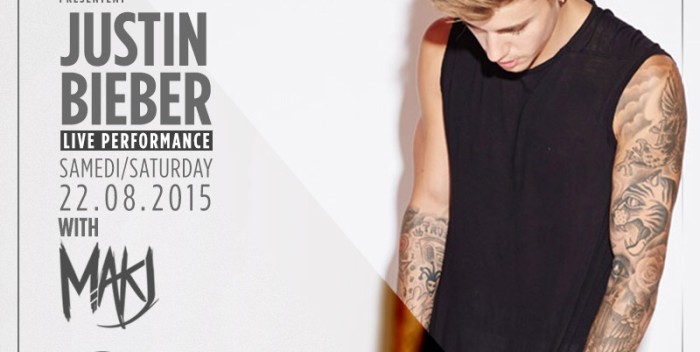 UPDATE The Beach Club says they’re angry with the promoter, called Team Productions. But Beach Club and Primeau’s names are on all the posters and promotion this appearance. Plus, Team Productions doesn’t seem to exist for anything other than Primeau related shows. If anyone knows who the owners of Team Productions are, please email me at showbiz411@gmail.com

Bieber has canceled his highly promoted appearance at the Beachclub, a daytime outdoor nightclub that’s zoomed in popularity this summer.

The clever owner, Olivier Primeau, who poses for a photo on his website holding a Chihauhau like Dr. Evil, even had those hideous Kardashians up there this summer.

But Bieber writes on Twitter that Primeau is in breach of his contract and accuses him of “lying.”

Montreal due to the promoter of today's event breaking his contract and lying I will not be able to attend today's event. I'm sorry

I look forward to coming back to Montreal in the future to do a proper show but I will not be able to attend 2day due to this breach. Thanks