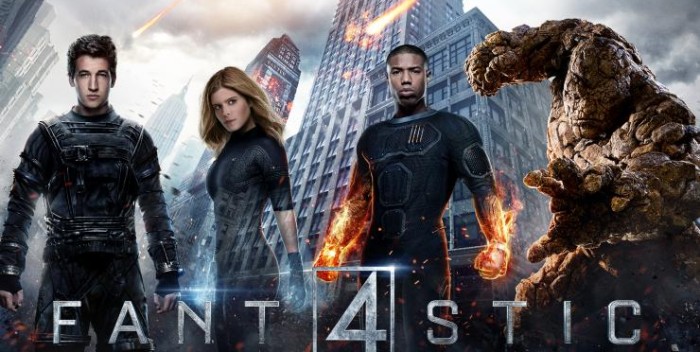 Bad news is unusual for Marvel, home of “The Avengers,” “X Men,” and “Spider Man” series at Disney, Fox, and Sony respectively. The comic book movie company has had an extraordinary run of successes, even making “Ant Man” into a hit when its launch was a little shaky last month.

But today Marvel braces for a bad weekend with the new “Fantastic Four.” Coming from Fox, “FF” had promise. It stars a bunch of current young actors who are all doing great– Miles Teller, Michael B. Jordan, Kate Mara. Jamie Bell, and so on.

However, “Fantastic Four” has a staggering 87 negative reviews and only a 9% fresh rating on Rotten Tomatoes. Pretty much everyone who’s seen it, hates it.

Director Josh Trank didn’t like it much, either. He Tweeted this, spelling “received” wrong:

And Josh Trank deleted his tweet. Good news, I still have it. The oral history lives: pic.twitter.com/AnZQ6ilM9r

UPDATE: I’m getting a lot of email that this isn’t a Marvel movie. Well, Stan Lee is listed as executive producer, and the Marvel logo appears at the front. Fox does a lot of business with Marvel because of X Men and Wolverine. They are in business together. Marvel wouldn’t let this movie out without its own approval.