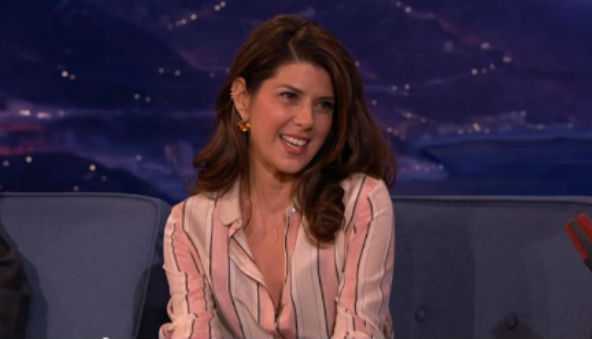 Here’s a little round up of today’s crazy news…

MARISA TOMEI, who’s 50 and looks 40, will play Aunt May in the next Spider Man movie. Sally Field, 68, was the last Aunt May. Rosemary Harris preceded Sally, and was considerably older. That Marisa has to take this role says a lot. Aunt May is supposed to be, uh, matronly. Marisa, still the object of George Costanza’s lust, is most definitely not that.

Also, I will not see another Spider Man movie that rehashes the same story again of how Peter became the super hero. This story is now told more often than “Hamlet.” There have been FIVE movies plus the Broadway musical. Enough! The second one with Tobey Maguire was the best. I’m satisfied.

MICHELLE COLLINS is a comedian whom I do not know. Today she joined “The View” as a host while Rosie Perez announced she’s leaving after one season. This show is OVER. I don’t care who is on it. Whoopi Goldberg is an Oscar and Tony winning superstar who has better things to do than oversee this continuing debacle. The original spirit of “The View” is dead. Kill it.

Poor JARED FOGLE. Is he a pedophile? A child pornographer? The public has been convinced over the last 24 hours that he must be. If he’s not, Subway and a lot of other people will have a lot of apologizing to do. If he is, then Subway really did not know their best known pitchman. What a mess!