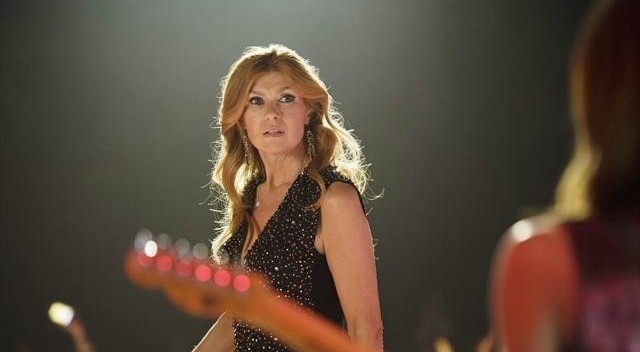 “Nashville” is going to take page out of real life. I hear the ABC music soap is interested in the fact that Aerosmith’s Steven Tyler roamed away from his group this year and did some recording in the country music capital. To spice up the show, the “Nashville” producers are said to be looking for a young Tyler, a rock star age 20 to 40 who leaves his rock band (unlike Tyler, who’s still very much with Aerosmith) and looking for new musical adventures.

Here’s the description of Marcus Kane: Marcus receives an intriguing and unexpected offer from Rayna Jaymes
(Connie Britton) — she wants him to sign with Highway 65 and expand into country music. She believes that beneath
the screaming guitar licks and pyrotechnics, Marcus is a storyteller at heart, and no genre is friendlier to his creative truth than country. Marcus likes what he hears and signs with Highway 65 and as he and Rayna begin working
together, Marcus’s soulful artist side fully emerges — but as he realizes that Rayna’s fortunes are tied to his success, so does his demanding, controlling, narcissistic side. Refusing to respect boundaries, Marcus relishes in testing Rayna’s limits while they write, record, and release his first solo album.”

I’m told the actor has to be a real singer, and a good one, who plays guitar and has a strong musical background. He may be in 10 episodes all together.

If I were the producers, I’d make a call to Steve Kazee, who won the Tony Award for the musical “Once.” But no one asked me.