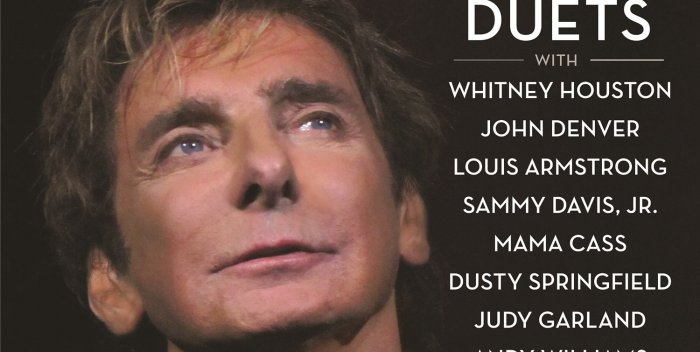 Oh my god. Hilarious. Barry Manilow has recorded an album of duets with dead people. They are all dead. Dead, dead, dead. And he’s releasing it a few days before Halloween on October 27th.

After all, Barbra Streisand and Tony Bennett have duets albums. Why not Barry? Of course, Barbra did resurrect Elvis for her album. Now it’s Barry’s turn to be the crypt keeper.

“My Dream Duet” is the name of the album. Barry didn’t dream of singing with people who were alive– and breathing. No, it was a visit to the cemetery that turned him on.

One thing you can say about this– Barry won’t have to fight with the duet singers over interpretation.

The Song’s Gotta Come from the Heart,” with Jimmy Durante
“Goody Goody,” with Frankie Lymon
“Dream a Little Dream of Me,” with Mama Cass
“I Believe In You and Me,” with Whitney Houston
“Sunshine on My Shoulders,” with John Denver
“Zing! Went the Strings of My Heart,” with Judy Garland
“Moon River,” with Andy Williams
“The Look of Love,” with Dusty Springfield
“The Candyman,” with Sammy Davis, Jr.
“I Wanna Be Loved by You,” with Marilyn Monroe
“What a Wonderful World”/”What a Wonderful Life,” with Louis Armstrong