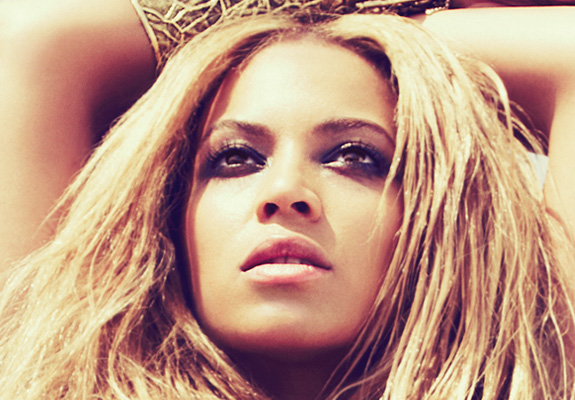 The surprise “Beyonce” album is a real physical CD. I received it this afternoon. It may not be in stores yet. But any minute now. Funny: wasn’t it last Friday that it was just a digital release? Seems to me the physical CD was already manufactured at that point. Sony couldn’t have produced and shipped it in three days!

Granted there isn’t much album art. “Beyonce” comes in a black matte box. The accompanying booklet has a bunch of artsy pictures, some “provocative” but nothing too shocking for Blue Ivy’s mom. The cover of the booklet is a black and white pic of Bey’s backside exposed, with a leather thong and some jewelry protecting it. Bey’s hands are on her hips.

There are no lyrics, however. And get this: no thanks to anyone, no shout outs, nada. Someone managed to produce 14 songs, 17 videos, and a bunch of photos. But Beyonce gets the only credit, as Executive Producer.

The song credits are in such small type that the writers and producers should be a little pissed off. The all caps white on black font is maybe 1 pt– far smaller than the phonebook. I can make out Pharrell and Justin Timberlake. This is someone’s way of saying, You guys don’t matter. Nice.

I tried using the flashlight on my Galaxy S3 but that didn’t help matters. A magnifying glass is my next option. But that won’t add the thanks that most artists annotate.

Also Beyonce’s name is on every song, whether she wrote it or not. But you know, since the mid 90s, it doesn’t matter who wrote the song. That ship has sailed. It’s all about who constructed it.

Hitsdaily double predicts another 200K this week of “Beyonce” downloads. Then a new wave of peeps who buy the physical CD on amazon and in stores. Except Target, because they’re mad.