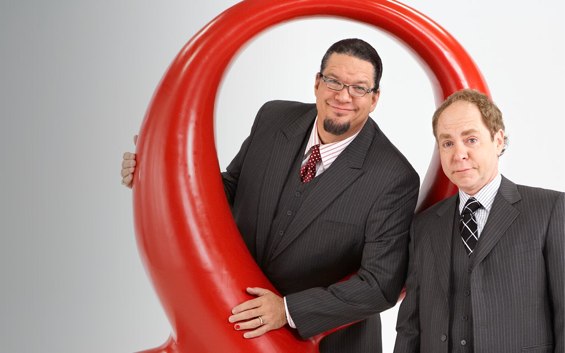 I thought if you were Penn & Teller and you needed a million dollars, you just waved a magic wand. Apparently not. Penn Jillette is raising $1 million on crowdfunding site FundAnything.com. The money’s for a movie called “Director’s Cut,” directed by Adam Rifkin, who made “Look” and its Showtime series.

Jillette promises to put the name of every investor on the end credits of the movie. He says in a press release: “Crowdfunding through FundAnything.com is a great way to grab art away from Hollywood and give fans the power to help create this movie.”

The crowdfunding craze with films by names in the business got its start with the “Veronica Mars” movie. Then Zach Braff used it to launch his new film. Sometimes it works and sometimes it doesn’t. James Franco tried to raise a half million dollars this summer on Indiegogo.com for three indies and only realized 66% of his goal.