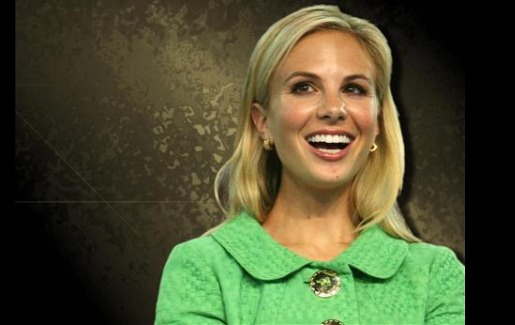 As I wrote on March 8th and again on the 11th of this year, Elisabeth Hasselbeck is out at “The View.” She’s joining “Fox and F(r)iends,” the idiotic but highly rated cable show on Fox News with Steve Doocy and Brian Kilmeade. Fox is ousting Gretchen Carlson, herself no rocket scientist, to put in the ultra conservative Hasselbeck. She won’t be missed on “The View” where her daffy comments and non-sequitirs were great fodder.

That means that “The View” is losing Hasselbeck and Joy Behar in one swoop, with Barbara Walters a year away from forced retirement. Brooke Shields and Jenny McCarthy are the top candidates to replace the departing members of the cast. I told you back in March that Hasselbeck was out, and that ABC had given her time to find a new job or make a plausible excuse for her exit. So it turns out she took someone else’s job.  There’s no honor among thieves, as they say.

“Fox and Friends” is a show that literally plays the lowest common denominator. The people on it rarely make sense, often contradict themselves, and are blissfully ignorant of facts. Hasselbeck will fit right in. Good night. And good luck. “The View” goes on hiatus at the end of July, is dark for August and returns after Labor Day with many changes.