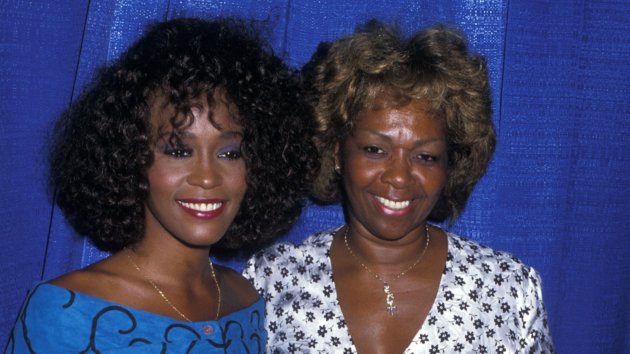 Oprah Winfrey’s interview with Cissy Houston and her son Michael was much harsher than I expected. Cissy, never a cream puff, told the unvarnished truth to Oprah. I expect she does in her book, which is out this morning. Cissy says she did not write “Remembering Whitney” for the money, and I believe her now. She suffered through two decades of her daughter’s drug addiction, was terrified always of losing her permanently. I think the Oprah interview–and the book– represents her ability finally to speak and explain what happened.

She didn’t pull punches with Oprah. She says Bobby Brown spat on Whitney. She says she didn’t like Robyn Crawford and that she would not have approved of Whitney having a gay relationship. Cissy admits to having a strained relationship with Bobbi Kristina, didn’t seem too thrilled about her daughter in law, Pat, and says she has not spoken to Bobby Brown in the year since Whitney died. I’ve known Cissy a long time. I always respected her even if I didn’t understand what was going on with Whitney. Cissy is steely. And you know, she even tells Oprah that she didn’t like Winfrey’s interview in March 2012 with Pat, Gary and Bobbi Kristina. “It was too soon,” Cissy says. She’s right.

Whitney’s brother Michael has taken her death hard. He is now blaming himself for introducing Whitney to drugs long before Bobby Brown came along. You cannot help but feel sorry for him. Michael and his wife Donna, despite the drugs, were always there for Whitney. But it’s true, both of her brothers had drug problems. Cissy was in over her head trying to stop it, and she had no help from her ex husband John Houston.

Oprah was much better with this material than she was with Lance Armstrong. She knew what she was dealing with this time, although Cissy got the best of her. When her kids were babies, Cissy spent most of her time on the road touring with her group, The Sweet Inspirations. They were Aretha Franklin’s back up singers. The Sweet Inspirations had a couple of their own hits. But when I asked John and Cissy about it all back in 1989, it was clear they had had a tough haul. Whitney’s success bailed them out financially, but it created new problems. That was clear. Whitney, even then, was angry with her father for cheating on Cissy and then leaving.  The wounds, in 1989, were very open. And this was just as Whitney was releasing her third album.

So unlike, say, Katherine Jackson, Cissy Houston seems like she’s going to give us the straight story, like it or not. More on the book later today. And one PS: Robyn Crawford was a brash young woman, that’s for sure. But she’s one of the best people I’ve known along the years. She was a great great friend to Whitney. She lives quietly outside the spotlight now. And she’s still mourning Whitney even though she has a happy family life.