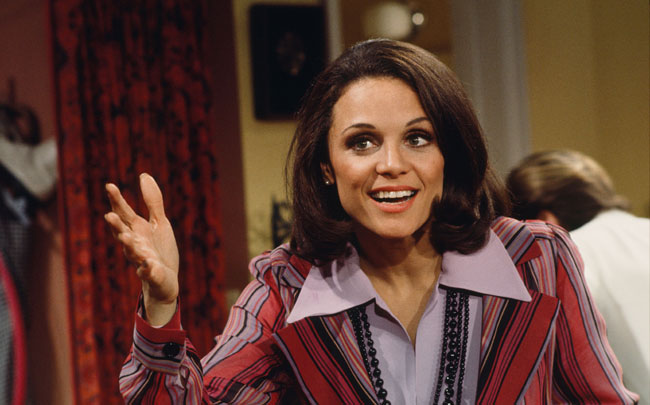 My old friend, Valerie Harper, has just published a charming, breezy new memoir called “I, Rhoda,” which has a lot of fascinating nuggets of information. One of them is that our Rhoda put Han Solo on his career track. Valerie recalls that during the early days of her run on The Mary Tyler Moore Show, she hired a carpenter to fix a loft in her house. That would be Harrison Ford, who told Valerie that he was an actor but pounding nails to make a living. Soon after, Ford fell out of Harper’s loft and broke his arm. That was the end of his carpenter career. “Star Wars” was not far off.

Fans of “MTM” and “Rhoda” will enjoy this look back to Harper’s meteoric rise as a comedy actress. She played nine seasons as Rhoda Morgenstern, four on Mary’s show and five on her own. I wish I could tell you that Valerie has something nasty to say about anyone she worked with, but she doesn’t. Mary encouraged right through her career, and almost forced her to do the “Rhoda” spin off. They remain friends today, and Mary even called in yesterday morning and surprised Harper on “Good Morning America.”

Valerie does recount her legal success against Lorimar Productions after they fired her from the “Valerie” TV series. She doesn’t give much info about her political life with the Screen Actors Guild, something maybe she’ll discuss in another volume.  But the big secret of the book–successful surgery for benign lung cancer–is a cliff hanger with a (thank goodness) happy ending.

Now if only whoever owns the “Rhoda” series would clean it up digitally and put out a decent boxed set!

PS Book publicists being what they are, I downloaded “I, Rhoda” onto my Kindle today. It was totally worth it. If I’d waited for a review copy, we’d all be very old and gray. Nothing has changed.