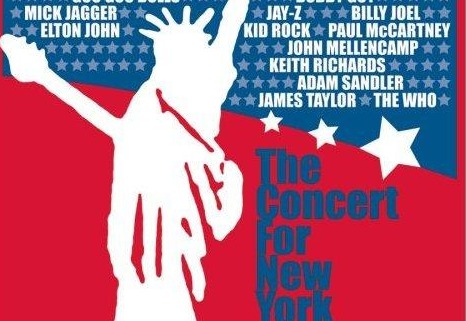 Just as he did with the Concert for New York right after September 11th, 2001, Harvey Weinstein is putting on an all star concert for Hurricane Sandy relief. Set for December 12, 2012, “12-12-12″ will feature Bruce Springsteen, Paul McCartney, Billy Joel, the Who, Alicia Keys, Kanye West, Bon Jovi, and tons more top rank artists. Weinstein is producing the show with John Sykes and with Jim Dolan of Cablevision. Proceeds will go to the Robin Hood Foundation.

The show will likely feature some kind of participation from the Rolling Stones, although they are not part of today’s announcement. But this ’12-12’12” comes the right in the middle of the Stones’  New York area shows on December 8 and 13th. And so far, the Stones have not announced any kind of charitable donation even though their ticket prices alone could raise enough money to support all the people who’ve been displaced and then some. They will be a natural addition.

Don’t be surprised to hear also Paul Simon thrown into the mix. Maybe they can pipe in Sting, too. He’s playing a stadium show in Bangkok, Thailand that night.

Back in 2001, Weinstein and Sykes put together a similar show, The Concert for New York at Madison Square Garden. Many of the same artists were involved then, in a spectacular evening that kicked off with David Bowie.

In a press release: “Event producers, James Dolan, John Sykes and Harvey Weinstein issued the following joint statement: “‘12-12-12’ is shaping up to be a showcase of music royalty. The response from the entertainment community to help those most affected by Hurricane Sandy has been nothing short of astounding. We expect to announce additional legendary performers in the near future and we are confident that the event will ensure those in need will not be forgotten, and vital aid will be directed to rebuilding our communities along the East Coast.”

PS Hopefully, this show will be sold in a way that scalpers like StubHub won’t be able to buy blocks of seats that are resold for thousands of dollars. This group of presenters is too smart to let that happen.