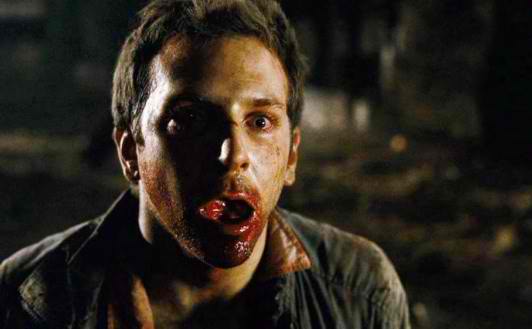 Editors’ Note: This article was published in November 2012. But because Google Adsense’s bots keep seeing the word ‘meat’ in the headline, they regard it as Shocking Content. So today, July 11, 2019, almost 7 years later, I’ve retitled it and recoded it. The AdSense bot must be a vegan.

by Paula Schwartz, Special for Showbiz411.com — “Silver Linings Playbook,” like David O. Russell’s last film, “The Fighter,” which was nominated for seven Academy Awards (with wins for Melissa Leo and Christian Bale), should do at least as well this Oscar season, with Bradley Cooper and Jennifer Lawrence shoo-ins in the best acting category. De Niro should also get a supporting actor nod; Cooper, who plays Pat Solatano Jr., a man who is bipolar, and De Niro, who plays his father, Pat Sr., who has gambling problems, have a poignant scene where tears spring unexpectedly from De Niro’s eyes, the kind of scene the Academy loves.

At the Regency Hotel in Manhattan today, director and stars of the film Jacki Weaver, Robert De Niro (who was more talkative than we’ve ever seen him), Cooper, and Chris Tucker participated in a press conference. (Lawrence, who was in New York last night for a special screening, was unavailable since she had to fly back to the film set for the next installment of “The Hunger Games.”)

Eagle-eyed audience members are sure to notice one scene between Lawrence and Cooper where there is a movie marquee that says “Midnight Train.” When asked about it, before Cooper could reply, Russell said it referred to one of Cooper’s films, “one of his most distinguished works.”

Before shooting Russell asked Cooper what he wanted on the marquee. As a joke Cooper said it should have the title of his 2008 horror film, “The Midnight Meat Train,” adaped from a book by Clive Barker. “I’m very proud of that movie,” Cooper said.

“When I show up on the set, ‘Midnight Train'” was on the marquee, and “the poster was in the entrance way,” Cooper said.

Asked whether fellow castmembers knew what it was and if they had seen the film, Cooper laughed that might be difficult, since, he said, “I own all the copies.”

There are also some nifty dance scenes in “Silver Linings Playbook” between Lawrence and Cooper. When asked if dancing came natural to him or he had to work at it, Cooper replied, “Are you making fun of me? I can’t tell.” Russell interjected that Cooper and Lawrence found “a natural groove.”

Lawrence did the “lion’s share” of the dancing, Cooper said, since he had to be on set every day and didn’t have as much time to rehearse the dance moves, choreographed by two-time Emmy nominee Mandy Moore.

“I actually do dance,” Cooper said, “I do, but I can’t tell if I’m one of those delusional dancers,” who just think they can dance, “but then Pat is not a great dancer so it’s a good thing.”