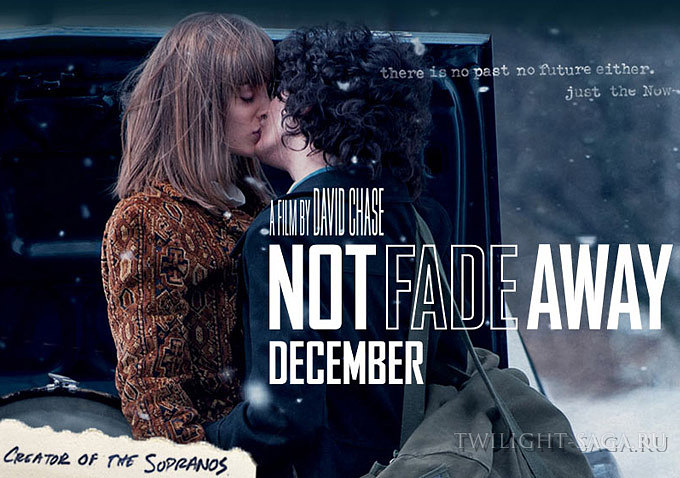 “Sopranos” creator David Chase finally debuted his long awaited feature film this weekend. “Not Fade Away” is Chase’s nostalgic look back at how rock and roll jangled the lives of perfectly happy people in the suburbs of New Jersey. Chase loves the music and it shows; his soundtrack is filled with cool music from the Sixties.

And among the many — like, 40– great songs are two Beatles records– “I Want to Hold Your Hand” and “I’ve Got a Feeling.” And as we know well by now, if the Beatles grant permission–which is rare–the price is astronomical. To end “The Social Network” with  “Baby You’re a Rich Man,” Sony forked over more than a million dollars.

So what happened? Because the rest of the amazing soundtrack also includes plenty of Rolling Stones recordings and a slew of other gems chosen by Chase and Steve van Zandt, charter member of the E Street Band and former Silvio on “The Sopranos.”

As one insider explained: “Not Fade Away” –due December 21st as a Christmas gift to anyone who loves great music and acting (James Gandolfini is wonderful as the bewildered dad of a budding rock star)–is a Paramount movie. Paramount is run by our old pal Brad Grey, whose company produced “The Sopranos” and made a fortune from it.

“Brad would do anything for David,” said my insider.

And of course, the right music makes “Not Fade Away.” Although, ironically, the one song not on the soundtrack is any version at all of Buddy Holly’s “Not Fade Away.” That’s because forget the Beatles–if you name a movie after a song, music publishers charge through the roof and beyond. And guess who owns “Not Fade Away”? A Beatle, of course– Paul McCartney.

Another irony– the “Not Fade Away” soundtrack is on ABKCO Records, founded by McCartney’s late nemesis, Allen Klein (and now a very popular and pleasant company run by Allen’s son Jody, FYI. Everyone loves ABKCO now!)

More on “Not Fade Away” tomorrow–it’s so much fun, and Chase looked relieved at the Hamptons Film Festival premiere. He fiddled with it for two years. With “Not Fade Away,” “The Sapphires,” and “Les Miserables,” this is going to be a very musical Christmas at the box office.