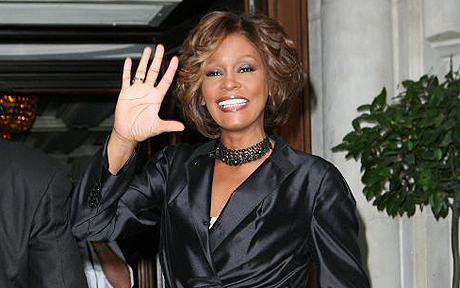 After all that, “Sparkle”–featuring the final performances by Whitney Houston-did just fine at the box office. Playing on a thousnand fewer screens than most films in the top 10, “Sparkle” took in a very respectable $12 million. What’s more, it had the secong highest per screen average of the weekend. The budget is officially set at $14 million, but with promotion and prints it’s probably more like $20 million. It shouldn’t have any trouble making its money back.

There are so many tragic what-ifs that go along with Whitney’s death last February. It’s nice to see at least that she leaves a final success. While her voice is not the same as it was at her great zenith, Houston still has enormous power in the numbers she sings. She also brings a proper dose of cynical reality to her part, as Sparkle’s word weary mother.

You wish when you’re watching “Sparkle” that there was more Whitney. She worked hard in rehab for months before filming the role. The fact that she fell apart right after she was done, and slid into her final abyss, is what hurts. Her legacy is her music. All the rest of it–the bizarre behavior of her daughter, all the backstage with her family, etc–doesn’t really matter.

As I wrote earlier last week, Whitney will be memorialized in a coffee table photo book and in a television special before Christmas. A CD package could feature some live performances from when her voice was great. And “Sparkle” will turn a tidy profit, giving her one final success.