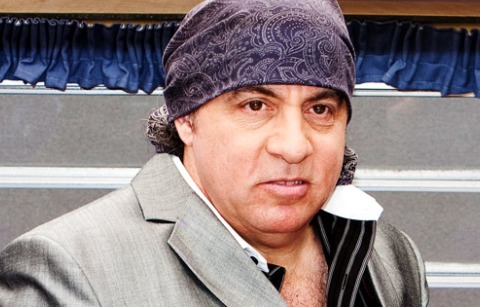 Steve van Zandt, lead guitarist and musical director for Bruce Springsteen’s E Street Band, has taken to Twitter. He has several complaints and observations about London’s curfew–the police cut Springsteen off while he was jamming last night in Hyde Park with Paul McCartney. The city shut off the electricity after Bruce, the band, and McCartney had performed three songs and were headed into a fourth. This was about 10:15pm, and Springsteen, known for his long sets, had been on since 7:30pm. (See video in our player at the bottom of the home page.)

Van Zandt Tweeted: “I’m sorry but I have to be honest I’m pissed. Like I said, it didn’t ruin the great night. But when I’m jamming with McCartney don’t bug me!” He added: “Ha! @raindogs70 just reminded me how the Beatles’ rooftop concert ended. Not much has changed in 43 years!” That famous concert was the centerpiece of the Beatles movie “Let it Be,” which is still not available on DVD after all these years– another mystery.

Van Zandt also wrote in a series of Tweets: “There’s no grudges to be held. Just feel bad for our great fans. Hard Rock is cool. Live Nation is cool. It’s some City Council stupid rule. English cops may be the only individuals left on earth that wouldn’t want to hear one more from Bruce Springsteen and Paul McCartney! We break curfews in every country but only English cops needs to “punish us” by not letting us leave until the entire crowd goes. One of the great gigs ever in my opinion. But seriously, when did England become a police state?  The cops got nothing more important to do? How about they go catch some criminals instead of fucking with 80,000 people having a good time?”

The British cops should feel lucky Van Zandt is just Little Steven these days and not Silvio from “The Sopranos”! 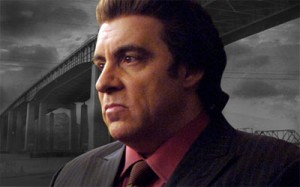