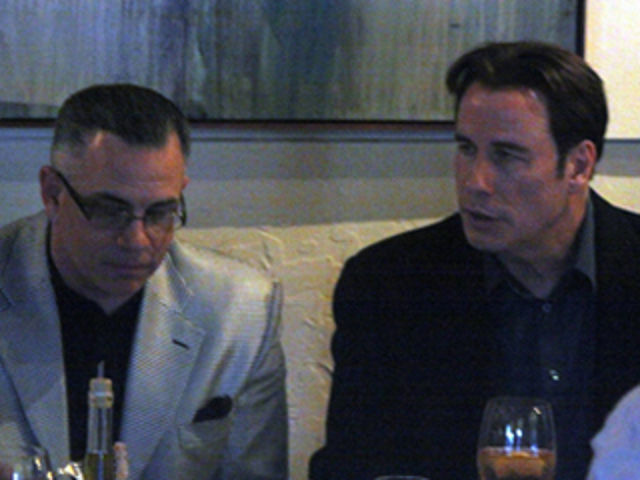 John Travolta’s scandal is getting worse, not better, and I’m surprised. I thought after the lawyer for Travolta’s first accuser dumped his client, things would start to straighten out. Then a former employee of Royal Caribbean Cruise lines claimed Travolta propositioned him, for $12,000. That seemed unlikely on many counts. I made many calls to Royal Caribbean; no one called back. Now the New York Daily News has a former masseur from the Peninsula Hotel on Fifth Avenue. He claims Travolta was banned from the hotel for a while for harassing the staff. Here’s the story: http://tinyurl.com/ck9k4w5.

Travolta’s lawyer Marty Singer is an infamous pit bull. The lawyer for the two John Doe’s is no match for him. Singer will just obliterate his clients’ stories. But if more people keep turning up, it will be like a boat springing little leaks. After a while, you can’t contain them. And all of this must be driving the Scientology people crazy, since they deplore homosexuality.

In the end, the sad part of all this is: Travolta is not Mel Gibson. He’s not even Tom Cruise. He never proselytized in an overt way. Mostly he kept his family life to himself. He’s always been a nice guy in public. But it’s worrisome that this man in the Daily News has gone on record, by name. And for no money. I highly doubt Mort Zuckerman authorized paying a source. So we’ll have to wait and see what’s next, or if anyone else shows up with some outlandish claim.

It’s curious: Travolta was supposed to play John Gotti in a movie that’s never been financed or come to fruition. It’s assumed to be dead. Could these two things be connected?