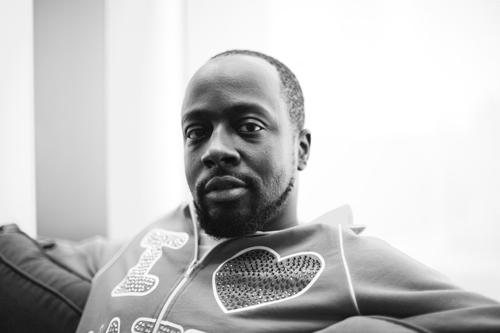 Exclusive: I just got off the phone with Wyclef Jean, former presidential candidate in Haiti, humanitarian, international music star, and subject of a new smear campaign in the New York Post. The paper is making it look like Wyclef has been taking money from the Yele Haiti charity– or at the very least like something fishy is going on with it. Last year, when Wyclef was running for president, he resigned from the board of Yele Haiti so there would be no conflicts of interest. There was some mismanagement of the charity, and mistakes were made. Yele Haiti’s president, Hugh Locke, resigned, to clear things up. They have a new chief, Derek Johnson.

The idea that Wyclef would take money from the charity, Jean told me, is “preposterous.” He told me: “My father always said, you have nothing to fear if your hands are clean.” Wyclef’s hands are indeed clean.  He tells me when the emergency occurred, the charity turned to companies that belonged to his inlaws–who are Haitian and live there–to help them distribute food and water. It does make sense. Yele Haiti took in $16 million after the Haiti earthquake. They gave away $5.1 million. That is appropriate for a long standing foundation. The idea is not to give it away all at once, so you can stay in business.

In the meantime, Wyclef is dividing his time now between New Jersey and Haiti. The once and always leader of the Fugees has got a new label called All Hands on Deck. He’s working on a new album for next summer called “Feel Good Music” with artists like Estelle, Melanie Fiona, Paulina Rubio, Nikki Jean, and some new discoveries. He has a single now on ITunes called “Historia.” And he’s gotten into Zumba Fitness. http://www.youtube.com/watch?v=qsSrq3HBa7A and http://www.youtube.com/watch?v=zCm6h-sSeYo

Good for Wyclef. I’ve known the Jean family a long time. No one is perfect. And doing in business in Haiti is not like selling baked goods in front of the Stop & Shop in your local community. As Paul Haggis and Sean Penn will tell you, it’s a little like living in “Mad Max.” But Wyclef has brought more awareness to his native country’s plight than any other Haitian, and for that he must be applauded.