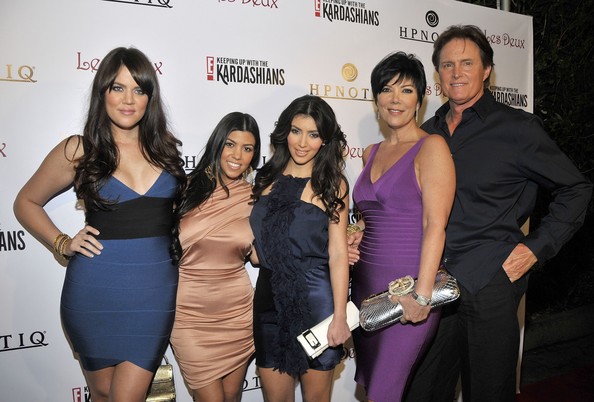 Don’t bother buying Kris Kardashian Jenner‘s new “book.” I downloaded it for $12.99 and saved you the time and money. The book is timed suspiciously with yesterday’s divorce announcement. Everything here is calculated. And while the “book”–it’s more of “as told to” written mostly by freelancer Mark Seal–acknowledges Kris Humphries, there’s really nothing about him or the wedding in it. You see, that’s for the sequel. In this book, Jenner notes that Humphries asked Bruce Jenner for permission to marry Kim. There’s not a single anecdote otherwise or observation. In the dedication, Jenner’s son-in-law Lamar Odom is mentioned. But not a peep about Humphries.

What is interesting about Jenner’s book is the OJ Simpson stuff. She’s waited 17 years to write or say something of value on this subject. It might have been helpful back when the two trials–criminal and civil–took place. Now, it’s all questionable. But let’s take Jenner at her word. She says that her ex-Robert Kardashian, and Simpson, went to the airport to retrieve Simpson’s golf clubs after his return from Chicago on June 13, 1994.

They took the clubs to Kardashian’s Encino home, where Simpson stayed overnight. Kardashian told her later that Simpson took a long walk by himself that night in the neighborhood. Jenner speculates that Simpson could have disposed of the murder weapon-a knife-that could have been hidden in the golf club bag. Who knows? This means the knife traveled undetected from Los Angeles to Chicago roundtrip. Of course, this was long before the TSA existed. But still, wouldn’t the bag have been x-rayed?

Jenner’s “book” really just regurgitates a lot of public record stuff about the murders, Nicole’s abuse, and so on. Very little of it is provable. She says that after the murders, Simpson called her obsessively to explain why the murders “couldn’t have happened.” He didn’t say he didn’t do it. She says she remembers buying gloves with Nicole in New York’s Bloomingdales in 1989. They could have been the murder gloves, the “if it doesn’t fit you must acquit” gloves. Again, who knows?

One thing: Jenner was on the prosecutor’s witness list. Then she was told by prosecutor Marcia Clark‘s office that the jury was not going to buy the domestic abuse story, and that Nicole’s friends wouldn’t have to testify. This, of course, was one of many mistakes made by the incompetents in the DA’s office. It led to Simpson’s acquittal.

Jenner (and Seal) writes: “I was upset. I kept thinking: I hope this woman knows what she’s doing, because this decision not to include domestic violence in a case that was all about domestic violence could be a make-or-break decision.”

But Kris Jenner now is all about the money, and the reality TV show. This is her description of Kim and Kris’s engagement: Everybody started screaming, jumping up and down, and crying. It was just a great, great night. We had dinner, and once again I just sat around looking at my six children, my husband, my grandchild, and my three sons-in-law (one honorary and one future), thinking, Life is so good. We had a gorgeous pink Cinderella cake and as a joke, I had rented two mini-horses covered in glitter, and we all wore fake engagement rings. Of course, the camera crew caught every second.”

You bet it did.

One addendum: Jenner drops names like crazy, and mentions the late actress Mary Frann a couple of times in passing as her great friend. But of course there’s no insight into Frann’s tragic death.