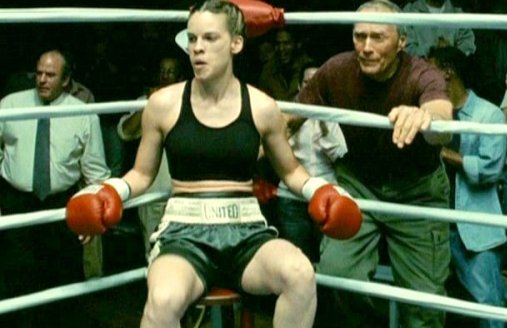 Hilary Swank, according to British reports, has sacked most of her management and agenting team. The reason has to do with her unfortunate paid appearance in Chechnya for the birthday party of the current dictator. Swank fired Jason Weinberg, who manager her to an Oscar for “Million Dollar Baby” and has been her closest advisor. Swank fired her agents, too, but not her agency, CAA. That’s because her live in boyfriend, John Campisi, works for them. It’s a tough call on all  fronts because Swank obviously feels she has to blame someone. But Weinberg, I’m told, knew very little about what was going on and certainly did not advise her to fly to the outskirts of the former Soviet Union and accept blood money. Jean Claude van Damme, no one cares about. Seal hasn’t had a hit since “Kiss from a Rose” in 1910. Those two, you could understand them going to pick up a paycbeck. But Swank works regularly, and while she’s not in blockbusters, she certainly can’t be hurting for money. More will come out shortly, I’m told, exonerating Weinberg. Swank, meanwhile, will have to turn over the money she received to charitable causes. It’s hoped that a list is forthcoming. And she’ll have to just accept responsibility for what happened. Recently I wrote about Sting choosing not to play a concert in Kazakhstan because of the rights abuses in that country. Every celebrity has to make their own decision about this sort of thing–and be ready to defend it.