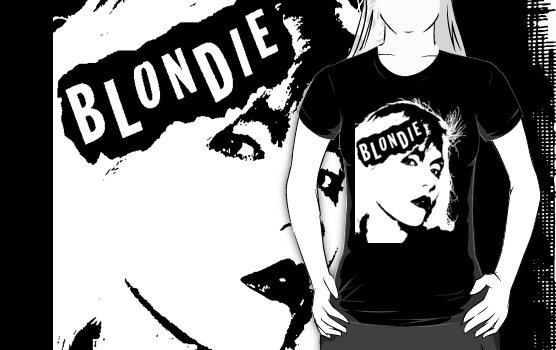 Debbie Harry and Blondie are trying something new. They’re releasing an album on September 13th without a record label. “Panic of Girls” is coming out on amazon. Amazon isn’t a record label, it’s a retailer. But unlike Wal Mart, Target or Best Buy, it’s only online. There are no Amazon stores. So “Panic of Girls” will just be available through amazon, and not even on ITunes. The album sounds good and so does the single, “Mother.”

But sources say that the group, which hasn’t released an album since 2003 and last had a had hit in 1999 with “Maria,” could not get a deal. I have no doubt this is true. More and more, older artists–the actual talents and the backbones of the touring business in rock music–have been forced to put out their own records. The big labels are incredibly blind to the power of so called “adult” or legacy artists.

This year artists like Aretha Franklin, Robbie Robertson, and Lindsey Buckingham are among those who have gone that route. Right now several big names are in limbo. But I’m a little surprised about this since Blondie has always had a strong following. It’s possible that their misstep album in 2003 is being held against them–labels always want to know what you sold last, as if that means anything. But it would seem that amazon’s getting into retailing is a new and unusual step for everyone involved.