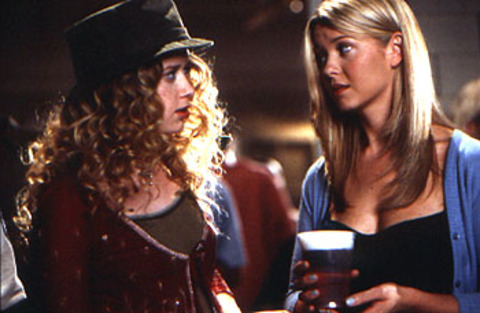 Was July 8th so long ago that Nikki Finke can’t look this up? I reported that Natasha Lyonne was joining “American Reunion” back on July 8th. Here it is again, for her edification: http://www.showbiz411.com/2011/07/08/tyne-daly-soars-on-broadway-natasha-lyonne-goes-for-pie To wit: I ran into Natasha Lyonne, who would have been a hit comedic actress I think long ago if personal problems had not sidetracked her. It’s okay, she’s only 32, and has plenty of time. Lyonne –I can tell you exclusively–has just signed on to reprise her role of Jessica in the “American Pie” reunion movie called, surprise, “American Reunion.” She joins Jason Biggs, Chris Klein, Eugene Levy, and Sean William Scott in the comedy. Lyonne, I believe, was the last holdout from the original 1999 cast. Since the original, she made her name in “Slums of Beverly Hills” and Woody Allen‘s “Everyone Says I Love You.” Lyonne is ready for an HBO comedy series–she could be a real “overnight sensation.”