Part of the next movie coming from legendary director Francis Ford Coppola–who made “The Godfather” films and “Apocalypse Now”–will be in rhyme. So says veteran actor Bruce Dern, who was honored on Wednesday night at the opening of the Gold Coast Film Festival on the north shore of Long Island. Dern, an Oscar nominee for “Coming Home” (1978) and well known for his work in “The King of Marvin Gardens,” “The Great Gatsby,” and “Smile,” among others, stars in Coppola’s “Twixt Now and Sunrise.”

The film also stars ex spouses Val Kilmer and Joanne Whalley, Ben Chaplin and Elle Fanning. Dern and I spoke as he made his way out to the Gold Coast ceremony on Long Island, where he picked up a Lifetime Achievement Award. He says the Coppola film, which is done, was shot in the Napa Valley. It’s a gothic thril 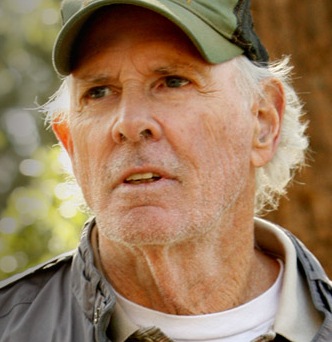 ler that concerns Edgar Allen Poe. Dern is the sheriff in a spooky town with a murder mystery. Kilmer is a second tier mystery writer who comes to town and investigates its past. There’s a clock steeple in the town with different time on each of its four sides. Dern told me: “Francis says it’s got more of him in it than any of his films.”

Dern’s next outing will be “Hart’s Location” with real life actress daughter Laura Dern, and her mother–Bruce’s ex–the great Diane Ladd. Last fall the trio was the first family, Dern notes, to receive their Hollywood Walk of Fame stars all together. Joe Dante, Dern says, will direct “Hart’s.” It’s a project that’s been in the works for about five years, but now it seems like it may take off.

Dern is still waiting to hear about “The Big Valley.” The big screen adaptation of the 60s TV show was all set to go until financing fell apart. Dern has a long history with “The Big Valley,” having played several roles on the old show as a guest star.

Dern, born in 1936, has quite a colorful family past, too. Eleanor Roosevelt baby sat him, and the famed poet, playwright and three time Pulitzer Prize winner Archibald MacLeish was his great uncle. Dern’s grandfather, George Dern, was the first non Mormon governor of Utah and Franklin Delano Roosevelt’s first Secretary of War. Pretty cool!