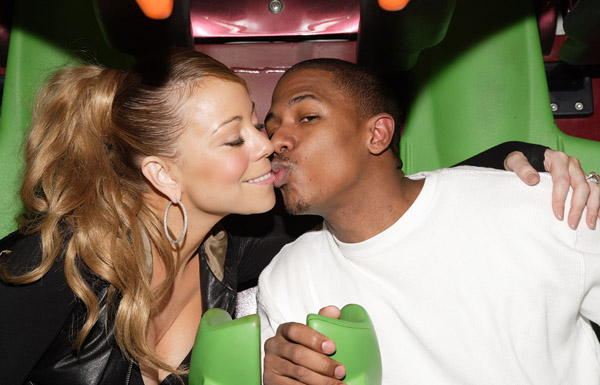 On Tuesday evening a woman from the Department of Child Protective Services showed up at the hospital while Carey was breastfeeding babies Monroe and Roc. The twins are just finishing up their stay in the NICU. Carey has stayed with them in the hospital following her C section and a minor infection.

The civil servant told Cannon she was following up a claim of neglect, of all things. The specifics: Carey was accused of drinking and taking pain meds while breastfeeding!

Of course the real story was that a nurse on the floor had suggested Carey drink half a Guinness Stout in order to hasten production of breast milk. Mariah did just that and it worked. But someone in the unit sold her out, so to speak, hoping the social worker could get a picture of the babies for the tabs. Luckily no pictures were allowed.

Carey and Cannon, horrified, explained the situation. “Taxpayer money was wasted, too, because this was labeled an emergency. It was ridiculous.” Meanwhile, mom and kids, healthy and wiser now, head home shortly.