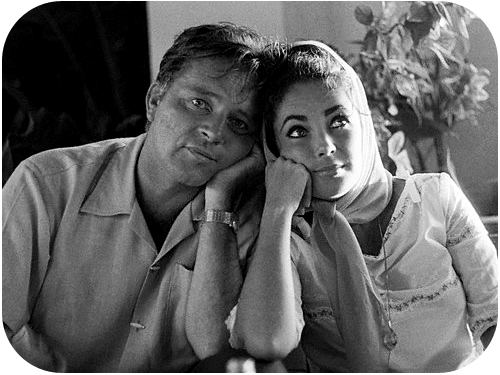 Elizabeth Taylor, who converted to Judaism in 1959, is getting a Jewish funeral today at Forest Lawn cemetery in Glendale, California. It has absolutely nothing to do with Michael Jackson being entombed nearby. It’s simply the preferred cemetery.

Yesterday TMZ made a big deal out of showing — with an arrow–how Taylor would be buried next to her parents in another cemetery. They were wrong, of course, but never really corrected themselves. Anyway, this plan was not Taylor’s original one. She wanted to be buried next to Richard Burton, who died in 1984 and rests in Switzerland.

There was some talk of moving Burton years ago to his homeland in Wales. But his final wife, Sally Burton, didn’t want that to happen. She also didn’t want Taylor and Burton reunited. In 1996 there was an unveiling of a memorial stone in Wales, but the efforts to move Burton were over. Now Taylor, who was American by choice, gets to stay in the US with her own family. If she and Burton hook up in the cosmos, expect more tsunamis and distressed weather patterns!

By the way, if you want the really good stuff on Taylor and Burton, keep reading Liz Smith on www.wowowow.com. No one knew Liz Taylor like Liz Smith, or wrote about her so well. Today Smith says:

“And so I want to end this column, quoting Elizabeth herself.  Not long ago, she told me, “Liz, every scandal, terrible headline, intrusive paparazzi, every lie — everything I came to hate about my fame — now I am so grateful for. Without all that, I never would have been able to do what I have been able to do for AIDS. Fame means nothing. It stopped having meaning for me many years ago. I thought it was absurd that I was still famous, that people still wanted to look at me or write about me.

“Then I saw what was happening with AIDS. That nobody was doing anything. But maybe I could. And I did. And why? Because of my ridiculous fame. My name still meant something. People wanted to pay big money to see if I was fat or have violet eyes or whatever. Bring it on, I thought. And I thanked God that my fame and my life had finally made sense.”

That was the essence of Elizabeth. And it is what I will miss, along with her great sense of humor, not to mention the glamour and fame she often laughed at.