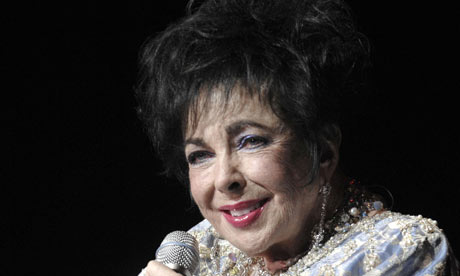 Liz Taylor goes to her grave without an official autobiography. Many hacks–like C. David Heymann–did write around books about her. They will undoubtedly turn up everywhere. The only book Taylor wrote, “Elizabeth Taylor Takes Off,” was about weight loss and was published in 1988. It’s out of print. Last year a pair of writers worked with her to publish the love letters between her and Richard Burton. “Furious Love” is still available, and the Vanity Fair excerpt is probably on line. The real friends are George Hamilton, Mickey Rooney, Carrie Fisher, Joan Collins, Liza Minnelli and Taylor’s family. If ex husband Larry Fortensky turns up like a bad penny, or people claiming to have been her “last love.” I’d take all that with a big bucket of salt. Taylor was smart. By never setting any record straight, she leaves her Hollywood legend intact. In months to come, I wouldn’t be surprised if one of her kids turns up with a memoir that will offer some clues to the great star’s mythic life. But until then, we will have to sit back and listen to a lot of gabbing from people who’ve “aggregated” their news from other third party sources. As one insider put it this morning: “She’s taken it all with her.”