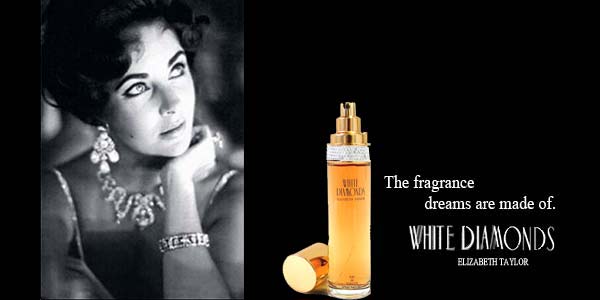 Elizabeth Taylor managed to turn profits from perfume into millions for AIDS research. Her White Diamonds perfume is still a bestseller with Elizabeth Arden after 20 years. Taylor was known for her tireless efforts to raise money for AIDS research. Some of it was done through her friend, Madeline Krim, and AmFAR. Some of it was done through Elton John’s AIDS Foundation. Elton and David Furnish, and AmFAR’s Kenneth Cole all issued statements today praising Liz. But Taylor had her own, smaller AIDS Foundation, that doled out money every year thanks in part to steady sales of White Diamonds.

She ran the foundation without charging for salaries or travel or the other bugaboos of celebrity foundations. In years when not so much money came in, like 2008, according to the foundation’s tax filings, Taylor dipped into reserves. In 2009, for example, she gave away $930,000 even though revenue had been about half that much–because they’d had a good year in 2007 and disbursed the funds carefully. Taylor’s son Christopher Wilding runs the foundation; he was married to Aileen Getty, granddaughter of J. Paul Getty. It was Aileen being diagnosed with AIDS in 1985 (possibly through a transfusion) that further catalyzed Taylor into becoming an AIDS activist.

Elton John said today in a statement: “We have just lost a Hollywood giant, but more importantly we have lost an incredible human being.  Elizabeth Taylor earned her fame with her extraordinary talent as a young actress, making her first movie at the tender age of nine.  She earned our adoration for her stunning beauty and for being the very essence of glamorous movie stardom.  And she earned our enduring love and respect for her compassion and her courage in standing up and speaking out about AIDS when others preferred to bury their heads in the sand.”