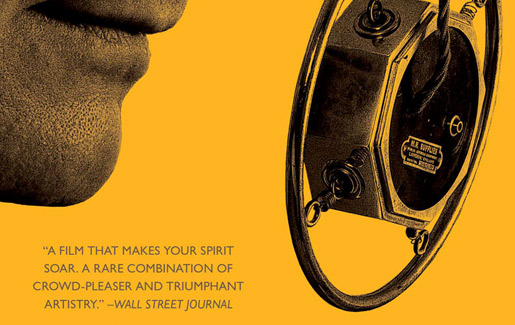 “The King’s Speech” got a royal lunch yesterday at a fancy shmancy private club on Fifth Avenue yesterday. We were asked not to say which one, for fear the members will be bombarded by outsiders with questions. Suffice to say, it was the real thing. A clue: its name reveals a position you might sit in.

So did the several Brits who showed up who are associated with actual royalty. One of the guests, Edwina Sandys, a granddaughter of Winston Churchill and an artist, gave the movie and the discussion–with Foreman moderating Hooper and Firth–a thumb’s up…

…The Directors Guild of America issued its five nominations on Monday. Basically, they’ve chosen what will likely be the five Best Films of the year. Their choices: Tom Hooper for “The King’s Speech,” David Fincher for “The Social Network,” Chris Nolan for “Inception,” David O. Russell for “The Fighter,” and Darren Aronofsky for “Black Swan.”

But DGA nominees normally predict Oscar nominees. And unlike the Golden Globes (haha) there was no mention of “The Tourist” or “Burlesque.”

Nolan might be considered the weakest choice in the DGA group, possibly vulnerable to one of the others replacing him. But frankly, between bending the city over on itself, and those guys floating through the hotel, I think he’s solid. His real Oscar nemesis might turn out to be Ben Affleck.