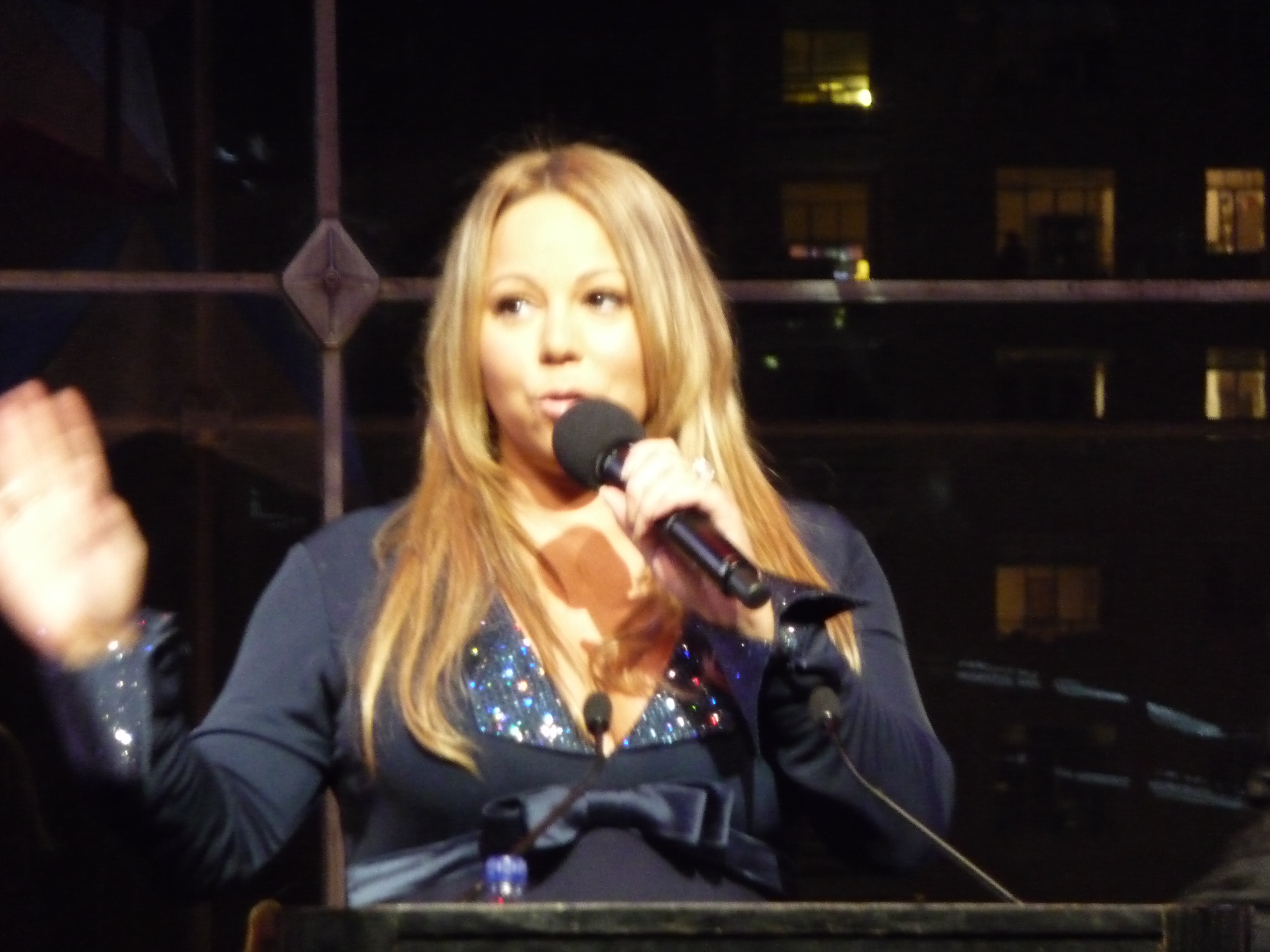 Mariah Carey and Nick Cannon are having twins. Congrats! They broke the news last week to President Barack Obama and First Lady Michelle.

Here’s the backstory, as told by Mariah to a pal who prefers to remain unnamed:

“After waiting as long as possible w/out confirming or denying the rumors as to whether or not we are expecting twins, I told NC he could confirm this on his radio show this am. (Yaaaay! All is well am seeing a specialist and had a great ultrasound last night! )
We wanted to wait because of what happened last year and the fact that its technically a “high risk pregnancy” when expecting twins so we really wanted to make sure we were all good first.
Last week I performed for the President in DC for “Christmas in Washington” which airs on TNT tomorrow dec.17th. Ironically, I opened the show w/my own composition for “Merry Christmas ll you” “One Child” : ).
After closing the show w/”O come all ye faithful” I stood w/ host Ellen Degeneres and the rest of the performers (NC was seated in the front row next to Portia + the first family)as well all listened to president Obama’s Christmas message.
After he spoke, the President and First lady joined the performers in singing “Hark the herald angels”as they exchanged holiday wishes with us. I hadn’t told anybody about the twins but decided to share the news with the Obama’s as it was a once in a lifetime moment and I wanted to remember it forever and share the memory with my children when they are old enough to understand how special that was:
I almost had to bind and gag NC so he wouldn’t tell the world right away (lol)so after the latest ultrasound last night I said ok and apparently he confirmed it on air a few minutes ago,judging from the flurry of activity on twitter!
I just wanted to let you know for the record and tell you our story,
Happy holidays!
Love,
M
PS-Im not sure how they’ll edit it but I’m pretty sure if the cameras were rolling you can see me whispering to the Obama’s on stage at the end of the song. That’s when I told them.
TNT dec.17th. A very,very nice moment : )