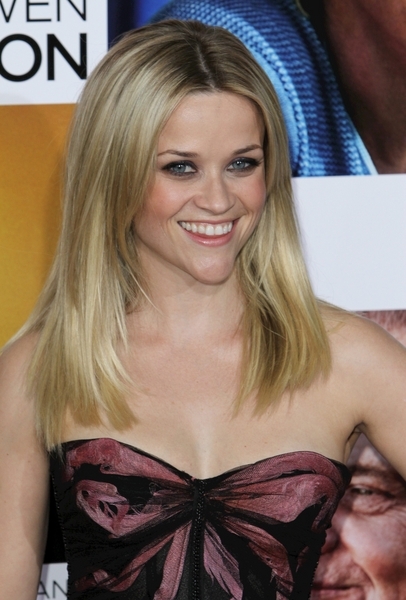 Is it a coincidence or did James L. Brooks take so long to finish “How Do You Know” that he managed to work in some connections to Bernie Madoff and his family.

Now, on Friday, Sony/Columbia will at last open James L. Brooks’s woeful “How Do You Know” starring Reese Witherspoon, Jack Nicholson, Paul Rudd, and Owen Wilson. Nicholson plays a business titan who’s looted his big Wall Street company. Paul Rudd plays his son who will seemingly take the fall and go to jail for the dad.

The very odd pas de deux–they are miscast as father and son–has strange echoes of Bernie and Mark Madoff. Luckily, Rudd’s character–emotionally detached–does not take his own life. Instead, he sentences himself to a life sentence with Reese’s character.

Jim Brooks has so many successes and brilliant career moments, and only a couple of missteps. I guess he was due. “How Do You Know?” will be remembered as his “Waterworld.” With a minimum $120 million price tag, this unromantic, unfunny film is surely the other big bomb of the season after “The Tourist.”

In the set up, Reese has a casual sex relationship with Wilson, but is supposed to be on track toward a romance with Rudd. But Rudd always feels like odd man out as it’s played. Reese and Owen have good chemistry, even if her character–a women’s professional softball star–is so underbaked as to feel uncooked. Witherspoon looks bewildered through the whole film, and even angry–for some reason-at Rudd.

It’s hard to make Rudd charmless in a film, but somehow it’s been done here. He has chemistry with no one, clicks on zero levels. His best scenes are with the woman who plays his pregnant assistant–terrific actress Kathryn Hahn. But even Hahn seems clueless about what to do here.

For an analogy to another current film: Rudd is Mark Zuckerberg, and everyone else is from the Winklevoss family.

The characters are so disconnected from each other and from the audience that the movie feels like it’s spoken in a foreign language. Nicholson is a adrift except in one scene, which lasts a nanosecond, of a possible incredible plot twist in a hospital room. If that twist had gone through, the whole movie might have changed. But then hope is snuffed out as we realize it’s for naught. Oh well.

Brooks is great, and hopefully he’ll adapt a novel like “Terms of Endearment” again and make a stunning comeback.