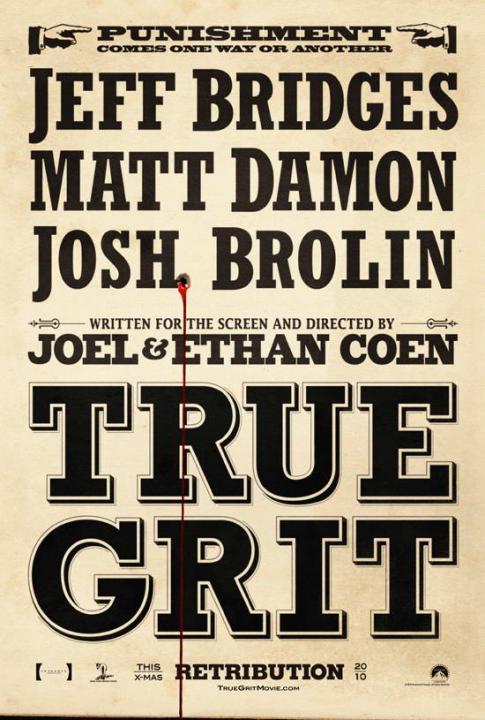 The Hollywood Foreign Press didn’t like the Coen Brothers’ remake of “True Grit.” The western starring Jeff Bridges, Matt Damon and Hailee Steinfeld got nothing from them. It’s a little surprising, since the Coens are getting attention everywhere else. Also, Steinfeld has been racking up citations.

The HFPA–90 members, more or less, depending on age and mortality status–also didn’t care for Debra Granik’s “Winter’s Bone.” They did acknowledge actress Jennifer Lawrence, however.

Ditto for Danny Boyle‘s excellent “127 Hours.” Just actor–James Franco–and screenplay. “127”is having trouble overcoming the perception that it’s just about the main character’s cutting off of his arm. IT’S NOT! I hope Academy voters are smarter than that. I think they are.

Is it that these movies were just too difficult for the HFPA members to understand? It’s possible. How then did they go for “Inception”? The sleeping part could be relate-able.

What they did get right: Ryan Gosling and Michelle Williams in “Blue Valentine.” Long before The Weinstein Company bought this film, it was obvious that these actors would get all kinds of nominations. They are much deserved.

Of course, in comedies, the Globes are comical. They could have had “Tamara Drewe” and “Dinner for Schmucks.” Alas, that would have been asking far too  much.