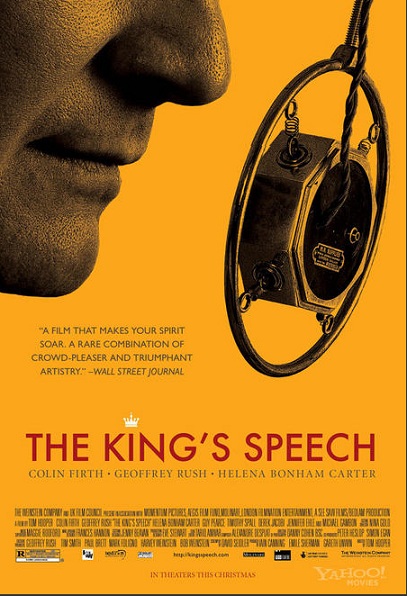 Are these the Oscar nominees?

The American Film Institute has chosen its top 10 films, plus 2 special selections. “The King’s Speech” and “Waiting for Superman” got Special Awards because the former is considered a British film and the latter is a documentary. They are now solidly in the Oscar game.

This really sets it all up, I think. When the Academy Awards do their nominations, one of the American 10 will have to drop out to make room for “The King’s Speech.” I can’t say which one now because they’re all so good. But I do think “The Town” and “True Grit” are the weakest in the bunch.

Meanwhile, the Los Angeles Film Critics are issuing their votes this afternoon. “The Social Network” won Best Picture, but not Best Director. That went to Oliver Assayas for “Carlos,” a pretty bad movie. Colin Firth won Best Actor, Kim Hye-ja won Best Actress for a movie most people haven’t seen called “Mother.” Jacki Weaver (yay!) won Best Supporting Actress for “Animal Kingdom” and Niels Arestrup won Best Supporting Actor for another movie few have seen called “A Prophet.” The runner up was Geoffrey Rush for “The King’s Speech.” The LA Film Critics are weird, so they had to give the award to Niels and Kim Hye-ja and Assayas just to be contrary.

The Boston Film Critics, meantime, voted for “The Social Network” for Best Picture, Director and Actor. More amusing: they chose Christian Bale from “The Fighter” and Juliette Lewis from “Conviction” for Best Supporting Actor and Actress. Those movies are set in Boston, and the characters played by these actors have severe–or sev-eah–Boston accents. F—-‘ A, as they’d say in Beantown!