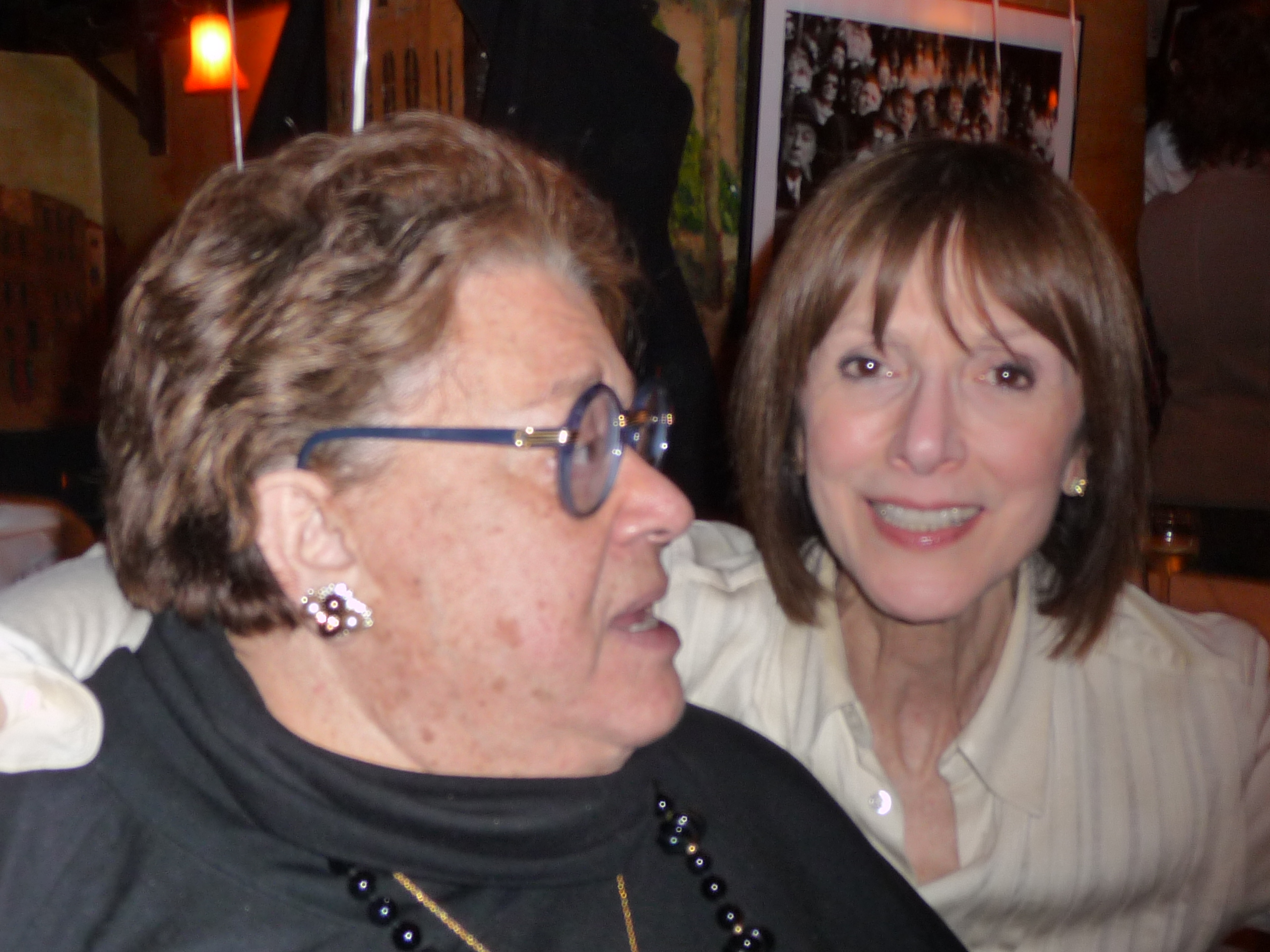 I think it was when Mick Jones from Foreigner and his ex-wife (and maybe next wife) Ann Dexter Jones came into the Frank Campbell Funeral Home on Friday that we got the picture.

Everybody has come back to Elaine’s. They’ve arrived with such a vengeance that the waiters have run out of the popular sesame seed flat breads that usually pop out of the bread baskets.

Our dear Elaine died peacefully last Friday, December 3rd, right after noon. She timed her exit beautifully; it was early enough to make all the newspaper deadlines.

Over two nights at Campbell’s, followed by jam packed dinners at Elaine’s, the tributes have flooded in. On Friday night, it was truly a blast from the past as Gay Talese interviewed Jackie Rogers for a New Yorker piece he’s writing, while Keith Hernandez chatted with Pete Hamill. Carl Bernstein did a turn around the room. Everyone admired the gorgeous pictures taken over the years by Jessica Burstein. Later Gay’s famous editor wife, Nan Talese, arrived, as well as Hannah Pakula (writer, and widow of Oscar winning director Alan Pakula), and Kathryn Altman, widow of famed director Robert Altman.

The fans and friends have been coming all week.

On Thursday night, the restaurant was so jammed that the side room, dubbed Siberia, was completely full. People were waiting for chairs to open up or arrive from mysterious places. Long time New York gossipeuse Flo Anthony reminisced about spending Christmases with Elaine, and Anthony’s mother. Nikki Haskell arrived, and so did a huge arrangement of flowers from Police Commissioner Ray Kelly. Lesley Gore made an appearance at dinner–it’s her party, and she’ll cry and if she wants to. So did Q104FM famed deejays Carol Miller and Jim Kerr, plus legendary actor Ben Gazzara, and media types like George Rush and Joanna Molloy, Frank DiGiacomo, Bill Schultz (NY Times), Dave Zinczenko. Pete Bonaventure, author David Fisher, novelists Carol Higgins Clark and Mary Higgins Clark, James Lipton, and director James Toback.

On Thursday night, Elaine’s manager Diane Becker, New York Times night Metro editor Peter Khoury and I each spoke. Peter asked the crowd to give the Elaine’s staff a standing ovation.There was a rare appearance by “Suzy” aka Aileen Mehle, who is thriving in her mid 80s.

On Friday night, “Father Pete” Colapietro raised a glass to Elaine, asked for and got a standing ovation, and sang to her as well.

Back in 1996, Elaine told the New York Times: ”If I was ever to convert to Catholicism, it would be because of Father Pete.”

And so it goes: the Thursday night crowd didn’t leave until 4am, the Friday night gang is still there. At least, as Elaine would have demanded, everyone at dinner and no one got nothing for free.

Elaine: eight sold out nights in a row. Amazing.