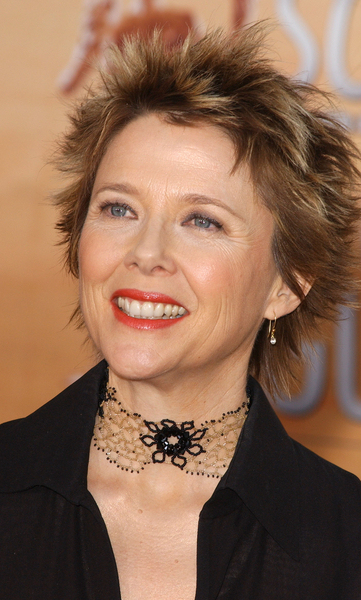 The Best Actress race for the Oscar is getting tighter, and more competitive.

So far, the best bets are on Annette Bening and Julianne Moore, each for “The Kids Are All Right.” Right along with these formidable women is Nicole Kidman in “Rabbit Hole.” Even though “Rabbit Hole” doesn’t premiere until later this week, Kidman is getting raves from every advance screening. And Natalie Portman is certainly in the fourth position. While “Black Swan” is kind of wild and terrifying, Portman is what keeps it together.

Bening is said to be a foregone conclusion, not only because her work is so good but because she missed shots at Best Actress for “American Beauty” and “Being Julia.” Oscars are often a cumulative prize. So this argument does hold some water.

Julianne Moore was really screwed last year out of a Best Supporting Actress nomination for “A Single Man.” She’s done quality work for years and is a popular player in the field of indie movies. She missed on “Far From Heaven,” too.

So that takes four slots filled up. Only one spot, I think, is realistically open. Who will it go to?

In the running: Michelle Williams, with “Blue Valentine,” Tilda Swinton from “I Am Love,” Lesley Manville from “Another Year,” Hilary Swank from “Conviction,” Sally Hawkins from “Made in Dagenham” are all getting pushes of various sorts. As well, many of my readers know how much I liked Patricia Clarkson in “Cairo Time.”

Of course there’s one other question mark out there: former winner Halle Berry, for “Frankie and Alice.” The problem is that that movie has a small distributor and a low profile. And Berry, who is just making a return to serious filmmaking, has a lot of good material still to play and many more awards to win.

My guess at this point: Michelle Williams. “Blue Valentine” is an extraordinarily well crafted original drama; both Williams and Ryan Gosling are the upset nominees of 2010. I said it when I saw Derek Cianfrance’s first screening at Sundance last January. One Academy members sit with the “Blue Valentine” DVD, they will never forget those performances.

Of course, it’s all a toss up in the end. But as we come out of the starting gate on Monday, this is how the candidates are lining up. And isn’t it cool that there are so many choices?