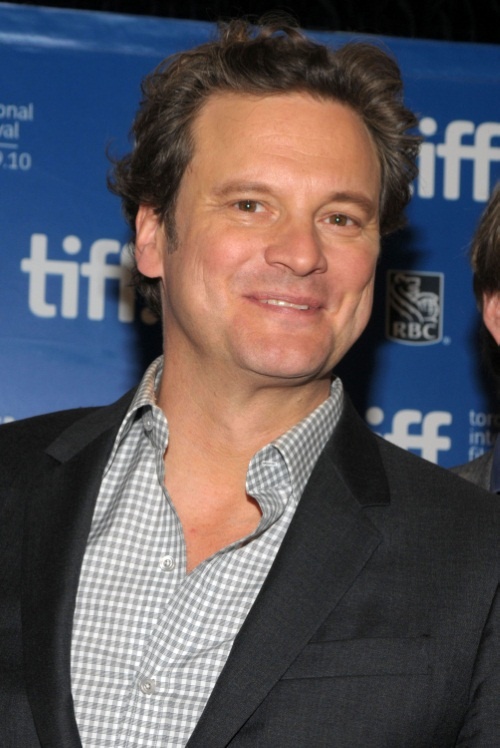 In “The King’s Speech” Lionel Logue, played with understated cool by Geoffrey Rush, tells Colin Firth‘s King George VI that he can overcome his stutter by singing.

Tequila also works, we found yesterday at a lunch for the Tom Hooper directed film at the 21 Club. Roger Wilson–long ago a fixture in the New York papers–now reps DeLeon Tequila, which underwrote not only the lunch but the “King’s Speech” premiere the night before.

“The bottles are made by the same company that does Chanel perfume,” he told me. Indeed, they are simple and elegant with ornate silver knobs. “It’s the best tequila in the world,” he said. “Much better than Patron.”

Everyone at the table got a Champagne flute filled up with the stuff and toasted “The King’s Speech.” Wow. It’s smooth stuff, and almost erased the bitter idea of Newt Gingrich celebrating his newest book at a party on the second floor.

But back to the scene: the 21 lunch brought out directors Tony Gilroy, who says no actor has been chosen for his “Bourne” movie. Is that clear? (Yes!) Colin Firth got a nice toast from Tom Hooper. ” Directors Stephen Daldry and David Koepp, actors Candice Bergen, Christine Baranski, Robert Wuhl, and Peter Riegert; and media types like Joan Juliet Buck, Ingrid Sischy and Sandy Brant were among the other guests.

Meantime, “King’s Speech” writer David Seidler did say the word now is that the play–stage–dramatic version of the movie — with a slightly different script–may open in London’s West End first before it goes to Broadway possibly a year from now.

PS Most of the DeLeon bottles were still  on the tables when the lunch ended. These people are too honest!