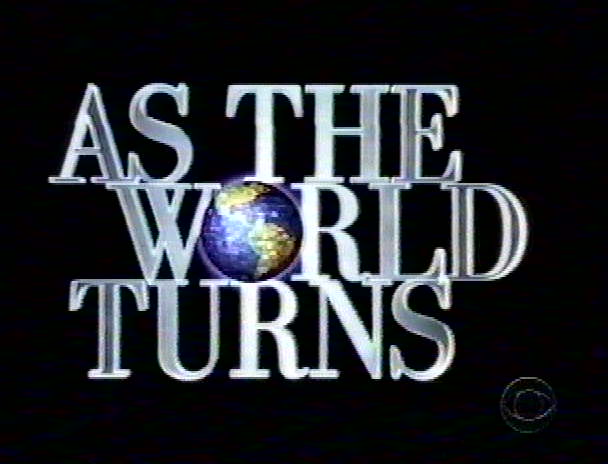 “As the World Turns,” a 54 year old institution on CBS, ends its run on Friday. So far CBS has inflamed fans of the show by interrupting its last week with the US Open tennis matches. Last night in some markets they rebroadcast Monday’s show at 1:37am instead of its 2pm slot. There’s no end to the disrespect.

With the end of “ATWT,” Procter and Gamble completes a long term plan of getting out of soaps. It started at least back in 1999 when they cancelled the 35 year old “Another World.” P&G did everything they could to ruin their shows by draining their budgets, mistreating the actors and ignoring the fans. It worked! Brush with Colgate, kids, not Crest.

Here in Toronto, two actresses who got their start on P&G soaps are doing great. Tammy Blanchard, from “Guiding Light,” is terrific as Nicole Kidman’s sister in “Rabbit Hole.” And Mary Page Keller, who was Sally Frame on “Another World” in the 1980s, makes a disarming appearance in Mike Mills’s wonderful “Beginners.”

These gals would never have had such good career launches without soaps particularly the New York ones where theater actors were always cherished. Now thanks to P&G (and ABC for moving “All My Children” west) there is just one show in New York–“One Life to Live.” The great New York training ground for actors is gone. PS No one did a thing, either, including the theatrical unions.

“ATWT” features a lot of great actors who didn’t leave for other pastures, but stayed and resonated becausde they were good–not because they had no place to go. I just wish over the years they’d gotten publcists and sought out some attention. It might have helped. Really, in soaps, only Susan Lucci ever got that idea. At “World,” for years, at least in New York, only Eileen Fulton (who’s played Lisa since 1960) carried the ball.

Hopefully CBS will carry the show properly for the next and last four episodes. More to come…