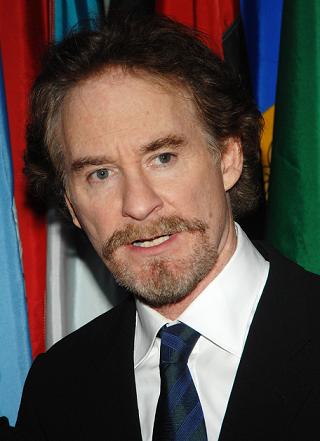 Kevin Kline’s made five films already with writer-director Lawrence Kasdan, including true modern classics like “The Big Chill” and “Silverado.” But Kasdan’s been MIA the last few years.

Now Kline tells me that he and Kasdan are heading off to the desert soon to to make their sixth film together. It starts shooting in a few weeks, and wow, if this isn’t good news. The film is a contemporary drama co-written by Kasdan and his wife of 30 years, Meg Kasdan.

Kline is featured in Robert Redford’s expertly crafted “The Conspirator,” which opened in Toronto last night to enthusiastic reviews from the audience.  I thought “The Conspirator” was great, an old fashioned historical thriller beautifully shot and elegantly directed. Kline’s is one of several outstanding supporting performances.

But the real acting sensations of “The Conspirator” are Robin Wright as Mary Suratt, mother of John Suratt, who was the real life conspirator of Abraham Lincoln’s assassin, John Wilkes Booth. Evan Rachel Wood is positively glowing as her daughter, and James McAvoy makes another star appearance–he’s terrific and carries the film–as Suratt’s appointed court defender.

It’s so interesting, of course, that Redford  brought “The Conspirator” to Toronto rather than to his own Sundance Film Festival. The film doesn’t have a distributor; it’s truly independent. But it shouldn’t have any trouble finding a home. The look and feel of it are quite unusual, shot in natural light, and in drenched muted colors. If the producers can cut a deal this week, it’s possible that “The Conspirator” can get out before the end of the year. McAvoy and Wright would certainly find themselves on a lot of awards short lists.

PS I think it’s interesting that Americans love to watch British historical dramas like the very fine “King’s Speech.” But for American history, they sort of regard as homework. The story of how the Suratts were tied in the John Wilkes Booth is a great and lost historical gem. It’s a riveting side note to Lincoln’s killing that doesn’t get told in schools.