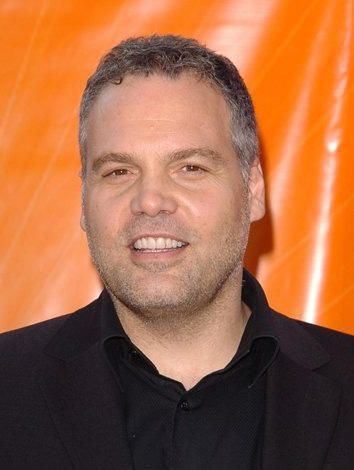 You may wonder whatever happened to “Law & Order: Criminal Intent”?

It was this column that reported the scandal when stars Vincent D’Onofrio, Kathryn Erbe, and Eric Bogosian were all fired. Producer Dick Wolf was all set to make Jeff Goldblum the permanent star. He filmed one season with Goldblum and Saffron Burrows.

But then Jeff Goldblum quit. Surprise! He went back to movies and to theater. He’s currently appearing in London’s hit West End production of “The Prisoner of Second Avenue.” He has a small role in the current Jennifer Aniston movie, “The Switch.”

Meanwhile, the original “Law & Order” was cancelled, and Wolf started up “Law & Order Los Angeles,” or “LOLa,” as it’s known among insiders.

And “CI”? I’m told the new thinking is that D’Onofrio and Erbe will be asked back, if they haven’t been already. It’s impossible to bring back Bogosian because his character was killed off–unless it was all a dream. Maybe Bogosian, like Bobby Ewing, will return in a shower.

Even if D’Onofrio and Erbe return, sources say there is still no renewal from NBC and USA Studios. It could be NBC is waiting to see how their new shows pan out this fall before they send an order for episodes. Looking at their lineup, it would seem that “CI” should start shooting pretty soon.