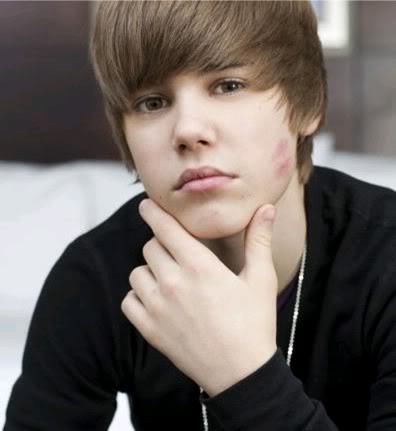 Last night (August 30th) at Madison Square Garden, there was some filming for a movie.

Ah yes, annoying little Justin Bieber, who’s the subject of a film about what’s under his bangs, was on stage making a 3D version of his tremendously exciting life.

A helpful spy sent me these two pics. One is of Justin with Jaden Smith, the son of Will Smith and Jada Pinkett Smith. The other shows him with Usher.

Quick: which of these things is alike? Which is different? Discuss and explain.

There were about 500 people in the invited audience, I am told. Leave it to Bieber is having problems with his voice (d’oh!) such as it is, so the audience was given an explanation that these things will be taken care of later in the studio. Oh, I am sure they will.

From Leif Garrett to Bobby Sherman to Fabian, etc there have always been teen pop stars. Remember the Jonas Brothers? Or Hanson? (Note corrected spelling.) These are the acts for whom state fairs are produced. Let’s love the Bieb while we can. Five years from now, the lawsuits over money lost, etc. will make excellent stories.