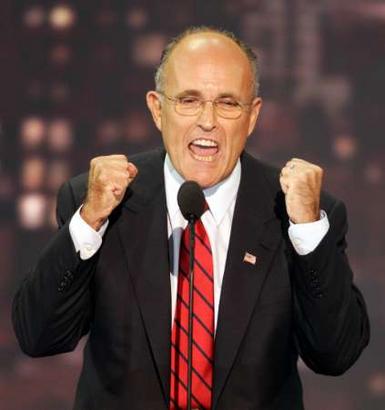 Perhaps you’ve been reading about the shoplifting arrest of Harvard senior Caroline Giuliani, daughter of our ex mayor Rudy Giuliani and his wife Donna Hanover.

Caroline hasn’t had it easy, let me tell you. Starting when she was 6 years old, there was trouble.

I reported this story from April 27, 1995 in New York Magazine. That was the day Caroline was used by Daddy and his staff as comic relief to break up two presentations of the city budget — first to Wall Street and then to the press.http://tinyurl.com/297mvr8

Caroline was seated next to Rudy’s then girlfriend Cristyne Lategano, who was also his spokesman, during the morning presentation to Wall Street analysts. Lategano tapped Caroline on the back. The little girl ran to the podium and interrupted her father’s delivery of the grim budget news. Everyone laughed. The Mayor said, “Did you learn that from Andrew?” He was referring to Caroline’s older brother, Andrew, who’d famously interrupted a Mayoral speech earlier. The solemn mood in the room was broken.

Giuliani must have liked the effect. Later that day, at the press conference, Lategano did the same thing. She sent poor Caroline “spontaneously” to the podium at the same time as before. The Mayor said the same thing. “Did you learn that from Andrew?” Everyone laughed.

Last year, Caroline went against her father publicly and backed Barack Obama for president. It’s no secret that the former Mayor and his children are estranged. But considering that during their childhood Caroline and Andrew’s dad had two affairs while in office, they might be excused. Let’s just hope Caroline can get some help so she doesn’t have to act out her pain in public.