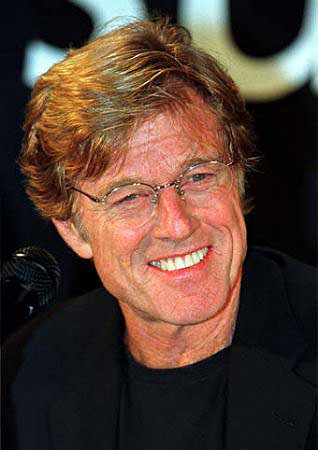 Robert Redford is well known for being on the right side of environmental protection.

So I wanted to share with you this video he’s just sent out via the NRDC to make sure no more drilling goes on in the Arctic. He’s calling on President Obama to institute a 7 year moratorium. You may not like some celebrities getting involved in political or social issues. But Redford has earned his stripes in this arena.

Here’s what he says:

“In the wake of the Gulf oil spill disaster you put a hold on Shell’s plans for offshore drilling near the Arctic National Wildlife Refuge and other important polar bear habitats. That action stopped Shell from drilling during this summer’s drilling season. But the company has said it will apply soon for permits to begin drilling next summer. I urge you to reject that application.

I also call on you to impose a seven-year timeout on drilling so that scientists can study America’s Arctic and recommend how to best protect it. Before any oil is drilled, we need to know the real risks to this natural treasure and whether a major oil spill could ever be cleaned up under such extreme conditions. The Deepwater Horizon spill has made a mockery of oil industry claims that offshore drilling is being conducted in a safe and responsible fashion. In the Arctic Ocean, it could take weeks for ships to reach the remote site of a spill and, even then, the oil industry has no method for cleaning up spills in ice-filled waters. In the meantime, such a spill could despoil the coastline of the Arctic Refuge and other sensitive habitats for generations to come. The results could be catastrophic for polar bears, whales, walruses and other wildlife.

We can’t afford a repeat of the Gulf catastrophe in the home of the polar bear. Please stand up to Shell and impose a seven-year moratorium on offshore drilling in the Arctic.”