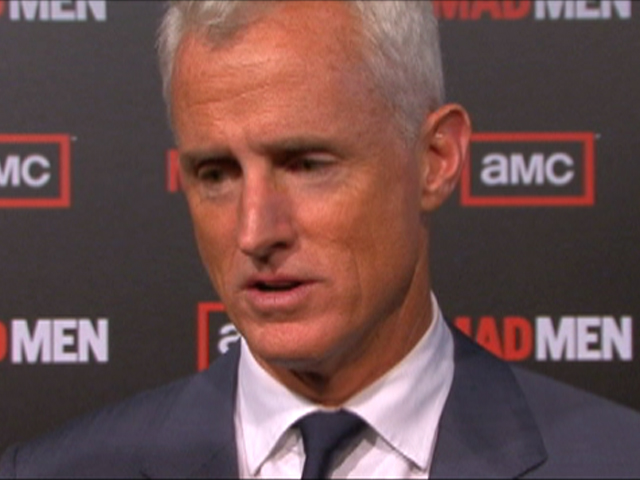 remember all the hoopla last week for the season premiere of “Mad Men”? There were spoilers galore, and stories about the episode everywhere.

But series creator Matthew Weiner was upset, particularly with the New York Times’s Alessandra Stanley. (Who isn’t?) Anyway, he thought she gave too much away.

The result is you’ve seen almost nothing about this Sunday’s episode, titled “Christmas Comes But Once a Year.” The AMC website features a one minute, 4 second clip in which Roger Sterling (the inimitable John Slattery) invites an old friend to the firm’s Christmas party. That’s it. We know nothing about Don, Betty, Henry, Joan, or Peggy.

Here’s what this column knows. It’s Christmas 1964. There’s obviously a Sterling Cooper Draper Pryce Christmas party. The imdb lists a “kissing couple” as featured players, but no one else. Yet, we can see in the preview that this friend of Sterling’s is coming and he’s going to cause trouble. Will he hold mistletoe over Joan’s head? (Don’t we all want to?)

With super secret Weiner you never know what’s going on next. But a casting call went out last week for a new, wealthy family with the name Baxter—parents in their late 50s, and a daughter in her early 30s. It’s for episode 11, and the characters could be “recurring.” Makes you wonder who Don Draper is getting involved with so late in the season.

I don’t blame Weiner–he wants to keep up the suspense. But a few hints might be nice…In the meantime, set your DVRs!