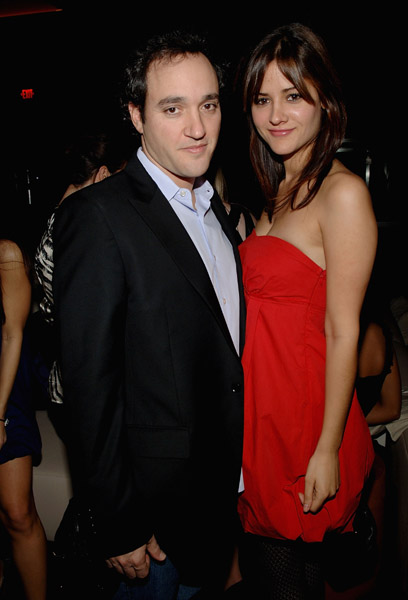 There are reports today that Viacom chief Sumner Redstone gave about $100,000 in Viacom stock to a rocker chick in Los Angeles.

But I can tell you that another young lady, Rohini Singh, was the beneficiary of a Viacom stock sale six days later.

The Redstone gift giving has caused a firestorm in the business pages, gossip columns and blogs. Peter Lauria broke the first story in the Daily Beast online that Redstone had become smitten with an L.A. girl rock group called the Electric Barbarellas. He ordered MTV to start developing a show for them.

Redstone, according to Lauria, then tried to bribe the reporter to find out who snitched on him. Lauria had the bribe on tape, and played it.

Then came the news that Redstone had given Barbarellas singer Heather Naylor about $100,000 in stock last March. He must have really liked that group! That scoop came from the Hollywood Reporter’s dependable George Szalai.

It’s unclear where Naylor and Singh know each other. Actor Gregg Bello, pictured here with Singh, says he hasn’t seen Singh in about a year and that she’s not an actress. Singh’s Twitter account is shut down, although she’s following a bunch of celebrities and Hollywood types including Jennifer Meyer Maguire, jewelry designer wife of Toby Maguire.

Someone better tell the Viacom shareholders: stock, like miniskirts, is going up!