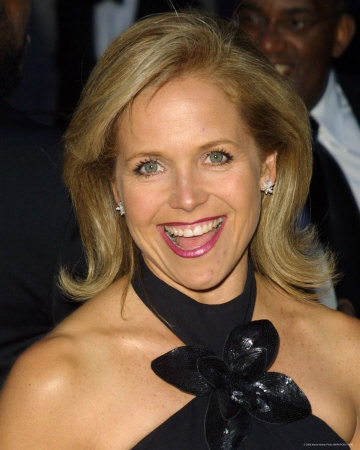 Katie Couric is now “like a free agent” in the news equivalent of sports, according to a friend who I spoke to today.

Despite having many backers at CBS, Katie has one enemy: Friedman (who is no relation to this reporter).

“Paul Friedman’s wanted her out from the beginning,” says a source.

CBS waited too long if they wanted Couric to leave the Evening News now. Replacements such as these would be made over the summer, the same as Christiane Amanpour taking over from George Stephanopolous at ABC’s “This Week.” So now Couric serves out her term. But she’s in the driver’s seat.

When Couric took over at the Evening News, it’s pointed out, Dan Rather had severely crippled their position. And even though Couric had a rough ratings start, she’s firmly in control now. She’s also established herself on line.

What happens now is interesting; with Oprah Winfrey leaving daytime, and still a lot of questions about Rosie O’Donnell’s upcoming show, Couric could leave CBS News, go into syndication and make a mint. She’s the perfect 4pm host, an actual journalist who can handle news stories and fluff.

If Couric goes that route, and leaves CBS, the network is then in a dicey situation. For the last two days it’s been suggested that Scott Pelley could replace her anchorman. No offense, but Scott Pelley is about as exciting as spackle. CBS would really have to come up with someone with a little electricity–maybe Anderson Cooper, in a deal with CNN.

Couric is also very friendly with Jeff Zucker at NBC. although that network has its own issues. Zucker may leave when the Comcast deal goes through. And there’s no real place to put her–she won’t go back to the Today show, and Dateline is no place for a superstar. “The Office,” however, will need a replacement for Steve Carell’s Michael Scott. No one could handle Dwight better than Katie Couric!