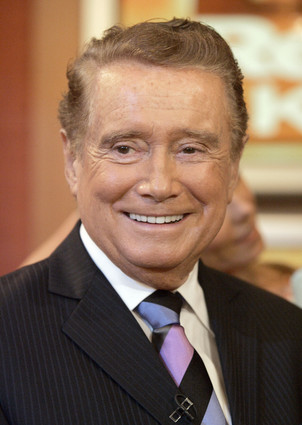 CBS may have cancelled the 54 year old soap, “As the World Turns,” but the show got the last laugh at the network’s expense tonight. It picked up three of the four major acting awards for Michael Park, Maura West and Julie Pinson in Best Actor, Best Actress, and Supporting Actress.

Even though CBS carried the Daytime Emmys, they still managed to kick dirt in “World Turns” direction. They ran a sad, minute long tribute to the show rather than focus attention on its cruel exit from TV. The acting awards will be a nice consolation to the cast and crew. But really: this Daytime Emmy show was an ad for Las Vegas. The soaps were an after thought.

If only Procter & Gamble, the main sponsor of “World Turns,” cared about the show.

coincidentally, CBS soaps won all the big awards for the night, including Best Daytime Drama and Best Writing to the otherwise incoherent show “The Bold and the Beautiful.”

For the umpteenth time in a row, the Daytime Emmys screwed Regis Philbin, even though they needed him for ratings as host of the awards show. He lost Best Talk Show to Dr. Oz and Best Talk Show host to Ellen DeGeneres. Boo-hiss. Sorry, Reege, you were robbed!