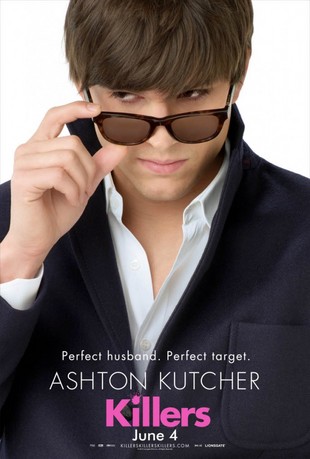 Chemistry is everything in the movies, and everything at the box office.

The current low ebb of films and audiences is just a bad mix. Currently a half dozen films are just mediocre enough to cause not a scintilla of a spark anywhere on this hot, humid weekend.

They are: “Sex and the City 2,” “Killers,” “Prince of Persia,” “Marmaduke,” “Splice,” and “Get Him to the Greek.” One or two of these would be bad enough for most weekends, but the combination is deadly.

As it turns out, “SATC2” will do well enough, and cause the filmmakers to really give some thought as to how they’ll wrap up the trilogy in two years.

“Get Him to the Greek” is showing a blah response from the audience. Its first weekend will be its best, by far.

But “Killers” is DOA, “Prince of Persia” is an overblown mess, “Marmaduke” is barking up the wrong tree, and “Splice” is still born.

I’,m still not sure how “Splice” came out of Sundance a winner. There was no feel for it at the actual festival. It seems like it was a cabin-fever buy, purchased by people who let the snow get to them.

“Killers” has been discussed ad nauseum. It’s a bad TV version of “Mr. and Mrs. Smith,” a movie that would not have merited much attention had not the main players been romping romantically in real life. I do mean, Brangelina.

“Prince of Persia” remains a quandary. It’s made $50 million in America, and another $100 million abroad. It cost at least $200 million, excluding the massive amount of promotion. Jake Gyllenhaal, a talented actor, as inflated for the role. His pictures have been on the internet for what it seems like a year. By the time the movie was released, Jake was back to normal. The movie fell flat. So it will rake in Euros and other currencies. Are we really going to depend on it not mattering that films aren’t good or coherent, just noisy, in foreign languages? (Answer: I guess so.)

What’s coming next Friday won’t help matters much: “The A Team,” also advertising a star’s Soloflex program (Bradley Cooper) and “The Karate Kid” remake with Will Smith‘s precocious son, Jaden.

It may be a good month to read a book.