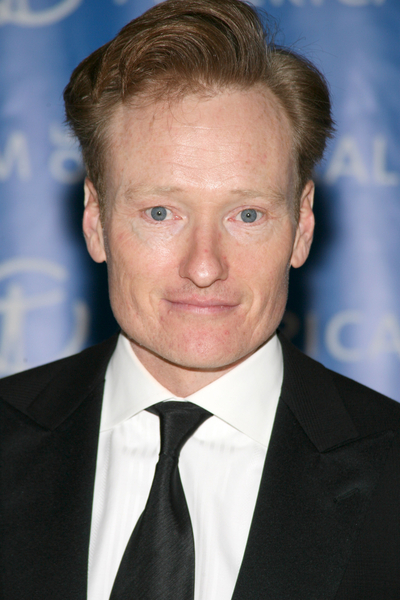 The best thing that ever happened to Conan O’Brien was getting fired.

Later, both Jon Stewart and Stephen Colbert joined O’Brien for some silly sketches, all in good fun, and enough to make the rapt audience even more appreciative of being loyal to the fired “Tonight Show” host. This included a Dance-Off that concluded with Stewart being shot on stage. “That’s with limited rehearsal,” O’Brien said later. “Those guys showed up ten minutes ago.”

But mostly Conan’s show at Radio City was all about… Conan. He was on stage for the first 40 minutes without a break, doing stand up comedy, song and dance. The sold out room sizzled with excitement and five thousand mostly youngish white people. (The lack of diversity was commented on a lot from the stage.)

If anything, being fired and going on a live tour has probably done a world of good for Conan. When he returns to the talk show format in November on TBS, the result of this experience should be an even more confident, matured performer. Certainly, before the Jay Leno mess of this spring, we’d never have expected Conan to be able to play Radio City for 90 minutes and be the focus of the show. But anger is a great motivator, and so is revenge. And while O’Brien’s stage show is low on vitriol, it’s clever enough to get the point across.  In the process, O’Brien is building massive good will among members of a new audience, and a younger generation.

It couldn’t have worked out better.